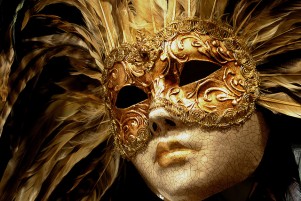 In order to deal with some of the problems that afflict modern societies, a lot of research has been conducted into the changes that the human personality can undergo. Clearly, this is something that concerns us all.

However, attempting to define the personality is a difficult and complex task and, for the same reason, it’s hard to determine what are the factors that disturb the personality, and whether they are external, internal or a mixture of both. Nor is it easy to decide whether every change in the personality is necessarily pathological.

Limit situations arise out of our sense of insecurity about life and ourselves, the brutal struggle for physical survival, wars and acts of terrorism that are breaking out everywhere. Sects, religious fanaticism, political clashes, the lust for power and other similar scourges prevent the human personality from acquiring a solid base and therefore from developing normally. This creates a fragile personality which makes any distortion possible.

We don’t intend to provide an overview of the many theories of personality that have been put forward throughout history. It’s generally accepted that personality is a product of the education and development of the human being, based on two prior and basic factors: temperament and character. Temperament, as Hippocrates explained so well with his concept of phlegmatic, sanguine, melancholic and choleric temperaments, depends on a congenital organic state, which permits the individual to spontaneously express himself to the outside world.

Character, on the other hand, is the result of a gradual process during which the individual controls the demands of his temperament and instincts. A person’s character determines how he behaves and his aims in life, which logically can vary according to his education and his relationships with others and with his environment.

As for the personality, it needs to have consciousness as its center if that network of constituent parts that serve to set one person apart from another is to be further improved. It implies an integration of habits, attitudes, ideas, memory, motivations and patterns of behavior, which include behavior that is outwardly directed and observable alongside other behavior that is internal and so can’t always be seen (emotions, ideas, etc.).

Cicero, who was deeply influenced by the ideas of Plato and Aristotle, defined personality in four different ways, which are similar to the current concepts, especially in the psychological aspects, as opposed to the merely biological. For Cicero, personality is:

It is important to remember that for Cicero, as for many other philosophers of his age, both before and after him, these qualities revolved around moderation, self-discipline, sound judgment, tolerance, generosity and moral integrity; in short, the rational and spiritual capacity to control the irrational and instinctive impulses characteristic of animals.

In today’s world, these values are probably not seen as being particularly important. Despite this, however, we’re inclined to think that it’s the absence of these values that contribute in large measure to an unreliable development of personality and its resulting disturbances.

Personality according to esoteric philosophy

Esoteric philosophy is the universal source which has served as a foundation for hundreds of thinkers, both ancient and modern. Its views of personality coincide with those of the ancient philosophers, in presenting personality as a mask, although not in the negative sense of the word. The personality is the natural covering which the human spirit takes on when it manifests in the concrete world. Not only does the spirit need protection because of its subtlety, it also needs a way of expressing itself, and these are the functions of the personality.

According to these doctrines, the personality is made up of four components of a very distinct nature, and one can only speak of a well-formed, integrated, healthy person when those components are harmonized through the exercise of the will and the use of intelligence.

We must combine the following:

As we can see, there is not a great deal of difference between these definitions and the current ones which refer to a combination of temperamental biological factors, and psychological and intellectual ones. Nor do we believe that there is much difference in the conscious effort that each individual must make to coordinate those factors. As a result, the personality is changing insofar as it evolves, grows and establishes itself as the human being achieves greater maturity.

Characteristics of the personality: change and multiplicity

Today, we are told that personality is characterized by being an organized, but relatively unstable whole. That is to say, for moments, or at certain times in our life, the organization of our personality may be somewhat stable; however, it is a stability that tends to vanish when we are faced with particular situations.

Likewise, many ancient texts describe the tremendous difficulty involved in achieving a balanced personality and keeping it in that state without disruption or, at least, where any disruptions are brief and of minimal importance. In the Bhagavad Gita, a work that is part of the great Hindu epic the Mahabharata, its central figure – the human prototype – complains to his master: “O Krishna, the mind is restless, boisterous, perverse, and obstinate. Its restraint I regard to be as difficult of accomplishment as the restraint of the wind.”

In response, he receives sound advice to help him subjugate the mind, which is the key to the personality: prolonged practice and assiduous attention, discipline, vigilance and patience, together with a constant resolve.

In the meantime, while we fail to implement those recommendations, stability and mastery of the personality are by nature transient states which we either resign ourselves to, or else resort to remedies which don’t cure the root of the problem.

What changes can we find within the “normal” course of things?:

But we must emphasize that these changes, whether for better or for worse, cannot be easily controlled, because the initial balance was unstable from the outset, or too affected by unknowable factors and because, being made up of a multiplicity of components, the personality is not easy to coordinate. Multiplicity, then, is another characteristic of personality and, although there are indeed pathological cases of split or multiple personalities, the existence of this type of illness reveals the absence of any higher element that can bring the personality into alignment. We need, then, that mix of discipline and determination that we call the will.

Without disregarding the congenital factors that make up the personality, as well as other factors that have been unselectively picked up along the way, the true personality is an individual and conscious achievement. However, we don’t say that it is an individual achievement because each person has to attain it alone. Rather, we call it that because nobody can give it to us. Nobody can give to another person a balance that he or she lacks. One can help, one can give advice, one can show the right way to go, but balance is something that each person has to achieve for him or herself; nonetheless, it’s of great help to be shown which direction is the right one, at least when taking our first steps, until we can continue on our own.