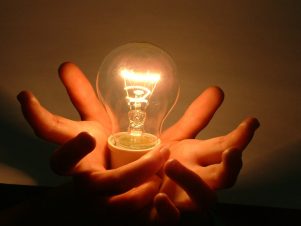 We are interested in clarifying the difference we see between conviction and fanaticism, so that each one can judge himself and others more clearly. Conviction is a high commitment – psychological, intellectual and moral – which arises from becoming progressively convinced, founded on good reasons, evidence, experience, supporting models and bases.

A person with convictions displays an overall healthiness, an enviable self-confidence, a knowledge of where he comes from and where he is going, which enables him to act in a balanced and sensible way. Convictions arise from the constant exercise of our inner faculties and from the transformation of changeable opinions into stable judgements.

To have convictions does not mean fossilization or stagnation; on the contrary, a person with convictions lives in time with the archetypal Ideas, for these have an energy of their own and a natural rhythm of development. A person with convictions is tolerant. He is firm in his own ideas, but allows others their own space. He does not look down upon those who think differently, but instead shows a willingness to listen. He has an active tolerance: hearing others, expressing and defending his own thoughts, without hurting and without insulting. He knows how to create space for himself and for others. He opens space, generates it, recognizes it. He does not invade other spaces, and does not harass, upset or mistreat those around him. He does not tyrannically impose his own will, or regard himself as the peak of all perfection. His conviction is what helps him to progress, to become a little better every day.

A fanatical person, on the other hand, thinks very little or not at all. He accepts what others give him as good, and develops, not higher feelings, but uncontrollable passions that drive him to commit unconscious actions that he does not even regret because he cannot evaluate them. The fanatical person only knows one idea. Or rather, let’s say that he only accepts one idea, even if he has not reached that acceptance by developing his own convictions.

The fanatical person is intolerant by definition. He does not even accept the existence of those who might feel and think in a different way; that is why he tries to eliminate them by whatever means, and death and torture are some of the terrible examples of this attitude. The fanatical person does not listen, is incapable of participating in a dialogue. He only shouts out his own principles to numb himself with his own voice and not leave space for any other opinion. What he has is more than enough for him. Everything else is despicable, does not exist or should cease to exist. Fanaticism is the very root of tyranny.

It is true that we have to live with many – too many – fanatics, but we shouldn’t fall into the trap of unconsciously copying that aberration, however much the reigning absurdity gives it more time and space than it gives to the noble and productive works carried out for the benefit of humanity. We must maintain our moral integrity and transform ourselves into complete human beings with authentic convictions.