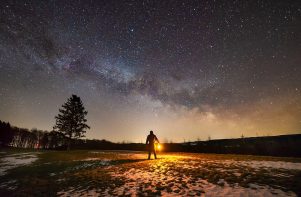 When I write an article for this magazine, I usually pick an event from the daily news to comment on. Today I will not fail in this habit, but I have chosen to comment not on an event, but a personal experience which had occurred in a class, at the New Acropolis center in Tel Aviv.

We had a one day seminar, with theoretical and practical exercises about philosophy and the path to wisdom, and during this seminar I answered some questions. One of the questions was: What is the difference between philosophy and religion?

I must say that at first I felt that the response had to be obvious… but in fact, it was not. And the more I thought about it, the more I felt it would be interesting to develop the answer as a short article… so here we are.

What is Mystic ?
First, we’ll have to define the Mystic. The Mystic may lie at the origin of the religious sentiment, but in fact it belongs neither to Religion, nor to Philosophy: it belongs to itself. The mystic experience is always a personal experience, it is an awakening of the consciousness to “something” that exists beyond the visible appearances.

In this aspect, the mystic is what really makes the difference between man and the animal. Most animals can feel an event – like an earthquake – or a human sentiment stronger and better than a human can. But they cannot imagine another plane of reality – the one we call the invisible, or the spiritual one – and build a relationship with it. Man can.

The Mystic experience allows man to access a new frame of reality, and either by curiosity or necessity he may choose to explore it through Religion, Philosophy…or both.

When it is present within religious systems, the mystic brings the need to unveil a truth which lies beyond the orthodox institutions. This is why all religions have an ambiguous relationship with their own Mystics…..they are seen with envy and distrust at the same time; like the Hassidim in Judaism, the Sufis in Islam, or the Gnostics in Christianity.

The mystic experience allows the discovery of a secret, but not to demonstrate it to others. It allows one to reach new and higher states of consciousness and to experiment a wider range of life’s experiences based on the development of new functions, such as imagination, intuition, pure discernment, which exist in potential in every human being. The mystic experience is possible when this potential becomes concrete. Fernando Schwarz writes: “We have to conquer those states of consciousness, to make them them ours, and we can only live them without trying to understand them.”

Mystic and Religion
The Religious experience is fundamentally based on faith, and not on the acquisition of knowledge. It gathers men and women around the same faith to higher principles, which can be God – like in the Monotheistic religions – Gods or Goddess, but also ideas or virtues, like a cult to the ancestors. “This explains why it is possible to consider that there have been religions without God.” (Jacqueline Vallont, Le Livre des Religions – 1989 – Ed. Gallimard, France)

The mystic is present when we consider the “internal” – or psychological – aspect of the religion. It is in relation with the personal faith of the believer, and can only be considered, by the external observer, as something subjective.

But to understand the religion, we have also to consider a more “external”, or sociological aspect, where the religion becomes an institution whose aim is to venerate God – or any accepted higher archetype – through rituals and ceremonies, and to maintain the Dogmas recognized by the believers.

Once again, I want to emphasize that a religion may exist without a belief in God. As Schwarz wrote, “A religion is not defined by the notion of God, but by the concept of the Sacred.” … And the “sacred” is the level of the human consciousness which allows us to be in a relationship with the Archetypes.

Thus, we can say that a religion – whichever religion – does not have exclusivity over the Sacred, neither the monopoly over its relationship with man. A religion administrates the mystical experience and gives a framework, an environment where this mystic experience can take place and be repeated. But it does not allow a reflection upon this experience.

Mystic, Religion… and Philosophy
Bertrand Vergely, a French philosopher wrote: “Philosophy is not a science, neither a religion or life itself, but it is indispensable to ‘be’. This paradoxical relation resumes the etymological signification of the word: Love of wisdom. To be Wise is to know how to fight against ignorance. To be wise is also to be able to control one’s own passions (…) When a man reaches such a control over himself, he allows the real man which is hidden within himself to arise, which is man free from ignorance and violence.” (“La Philosophie”, Ed. Les Essentielle, France)

Continuing the words of Vergely, I’ll say that to be wise is also to be able to orient all human activities: science towards Truth, art towards Beauty, and the Mystic – or the experience of the Sacred – towards the “Just”, the “Good” or the “Ethical”.

In this way, Philosophy preserves Religion from Fanaticism and Extremism. Let us see why….

In all religions, God is understood as a Being superior to humanity, a being without beginning or end, that can have a direct relationship with those who are offering him prayers and sacrifices. In this relationship, the role of man is to obey the divine will – either directly, or through a special interlocutor, such as a priest, or through a given revelation, such as a divine book like the Torah. Doing so, by respecting God’s commandments, man will benefit from God’s protection. Thus, for the believer, the good, the right way to live consists of obeying an external authority.

The God of Philosophers is different…. here we shall not find the concept of a “personal God”, a God of a Nation or a God of a Tribe. Instead of a “supreme being” we shall find here a concept linked to the notion of the Universal Law, such as Dharma in India, Theos in Greece, or Maat in ancient Egypt. We could say that what matters more for the philosopher is the Law, and not so much the maker of the Law.

This brings us to what may be the main difference between Religion and Philosophy: the ethical and moral rules of the philosopher are not to follow an external obligation, but are born from an internal, or “self” need, a result of experience – including the mystic experience – and of the development of the consciousness, slowly matured with time. The philosopher has to follow the voice of his own Ethical need, his “Voice of Silence” as it is sometimes called in the East… not the external voice of a God.

Thus the philosopher does not have to pray to venerate his “God”…. the only acceptable cult he can follow would be to act in all situations, in all places and at any time, in a moral and ethical way conform to Dharma, Theos or Maat… whatever name we choose to refer to what can be considered the Law of Nature.

This is a difficult Path. A path where man can fall and rise again, and fall, and rise…. making the effort to find the Truth and to Live it will always be more difficult than “doing what we are told to do.” But it is a Path which leads to Wisdom, and those who have begun to walk it are slowly becoming the Path itself, making it impossible to quit it.

Mystic, Religion, Philosophy …. and Universality
Philosophy gives a universal dimension to consciousness, which is the capacity not to limit ourself to one aspect of the reality – or the Truth – but to integrate the whole. Thus the Truth of the philosopher will always be a universal Truth, a general law valid for all its formal aspects, and not something applicable only to one specific form, such as one religion, one culture, one tribe….

In reality Philosophy and Religion are not opposed, but are aimed to complement each other. Religion without Philosophy encourages the danger that leads to a specific truth – i.e. not Universal – the truth of one group, or of one individual mystical experience, which will be opposed to the Truth of other groups or individuals. This, in essence, can only be the shadow of the Truth. Religious fanaticism appears from a lack of consciousness of the universal, which is brought by the philosophy. Philosophy without mystic leads to a limitation of the reality to the visible only, transforming the Love of Wisdom into an intellectual exercise which is not able to encompass the complexity of the human and universal reality: the harmony between visible and invisible, temporal and eternal.

As Plato wrote: “Man is God… but he has forgotten it.”