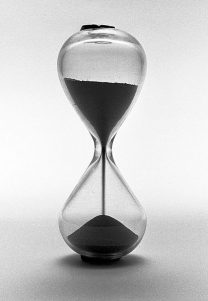 There is an old Eastern saying which states: “The Past Time is the Present Time, as also the Future, which, though it has not come into existence, still is.” In the Eastern view of time, reality exists beyond the temporal realm and what we experience as separate stages are actually part of a simultaneous reality. This is an interesting concept, implying that the past still exists, the present is but a fleeting moment and the future already exists in the blueprint of nature. It would be one way of explaining the many instances of prophecy that have been recorded in history.

In the West, Philosophy of History is a more methodical discipline that studies the significance of human history, if any, and asks whether it has any purpose or meaning. It raises questions such as, are there any general principles, laws and patterns in history? Is there a direction or meaning in history? Can we use history to predict the future? What lessons can we learn from history? Let us look at these questions one by one.

Are there any general principles, laws and patterns in history?

We can start with the principle of unpredictability: in other words, figures arise or events occur at certain times in history and have a tremendous effect, but their appearance is rarely predicted. One example of this was the appearance of fascism in the 1930s. Surprisingly for us today, almost no political commentators saw it coming, and everyone was taken aback by its mass appeal. A similar case is that of certain outstanding historical figures, such as Alexander the Great or Napoleon. Who would have guessed that the ruler of a small Macedonian kingdom would have set out to the conquer the world at the age of 18 and, by the time he died at the age of 33, had taken his campaigns as far as India? Or that an obscure Corsican would be crowned Emperor of France and bring havoc to Europe with his ‘Napoleonic Wars’?

At the same time, however, there is a logic to history. Things do happen for a reason, or rather, for a variety of reasons. It is the multiplicity of factors that makes history difficult to interpret and predict. Among the factors that influence the development of events are geography and climate (e.g. the presence of rivers is conducive to stable civilizations, while icy wastes or deserts are not), economics, philosophy and religion, to name but a few. How can we understand the development of Islamic civilization, for example, if we ignore the religious factor which was at the heart of its expansion?

Another principle is that of cyclicity. There are cycles of civilization which follow one another and grow out of one another. No civilization is permanent. In Europe, practically every nation has had its day of glory: the Spanish, the Austrians and Hungarians, the British… but then they were eclipsed by others.

What causes civilizations to die? This is another natural law. It is partly due to ‘time’ which erodes all things. But it is also partly due to the loss of values, in particular spiritual values, since a sense of transcendent meaning is what gives a human being, and therefore also a civilization its sense of purpose. If these values are lost, then the civilization will lose its raison d’être and, like a plant deprived of sunlight, will eventually wither and die.

Is there a direction or meaning in history?

Are there forces at work that are driving history? Most people in the past believed this, but it is an unfashionable idea today. Such forces have been called gods, providence, destiny, fate, karma… Today, they are often called ‘economics’.

However, the belief in higher powers influencing human events is not an irrational one, because there are many events in history that could make us think there is some higher force other than chance at work. One example of this was when China had decided to invade Japan and an enormous fleet set sail which would certainly have defeated the Japanese. But a great storm unexpectedly blew up and sank almost the entire Chinese fleet. The Japanese called it the Kami Kaze, or Divine Wind (Kami are spirits in Japanese religion).

Today we tend to reject this possibility, not because it is illogical, but because, collectively, we do not believe in gods or spirits and we believe, on the other hand, that everything happens by chance. In antiquity, the belief in chance ruling all was generally regarded by its most eminent philosophers, such as Plotinus, as absurd.

Returning to the Eastern concept of time mentioned at the beginning of this article, if in some way the future already exists – in the archetypal world – then there would be forces guiding human history towards the fulfilment of those archetypes in time.

Can we use history to predict the future?

What generally happens in history is that many elements are lost, later to be replaced by very different forms.

As an example, we can look at the civilizations of Greece and Rome. The power of Greece collapsed when it was eclipsed by Alexander the Great in the fourth century BC. But it did not disappear completely. Many of its cultural elements, such as its art and religion, were passed to Rome, which incorporated them into its own life.

Rome suffered a similar fate: when it fell, in the 5th-6th centuries AD, some of its forms (philosophical, cultural, institutional, etc.) were taken over by Christians in the West, and later by Muslims in the East. Some of these forms survived right up until the early 20th century or even later, such as architecture, law and systems of government and administration.

We tend to think that the future will be an extension of the present, but history shows that this is never the case. Rome was very different from Greece. Medieval Europe was very different from Rome. And our technological civilization could not be more different from that of the Middle Ages. We could imagine that in the future people might entirely lose interest in gadgets and technology and become fascinated by parapsychology and mysticism – something almost unthinkable today – but if we study history we will see that outlooks do change in such radical ways.

What lessons can we learn from history?

There are many lessons to be learned from the study of history. It is full of instruction about human nature, destiny, politics… Will and Ariel Durant, in their book The Lessons of History, suggest that one tendency we can see in history is for wealth to become concentrated in the hands of a few, to the extent that the many become increasingly poor and a risk of a destructive revolution arises. We can see it happening right now on a global scale, with the gap between rich and poor growing every year. This has happened many times before in history and occasionally the situation has been rectified before it was too late. In many other cases, like the French and Russian revolutions, the forces of violence took over and caused widespread destruction and loss of life.

Another lesson of history is the hope and inspiration we can gain from it. Often people have the view that history is a catalogue of disasters, or (as Shakespeare’s Macbeth says about life) ‘a tale told by an idiot, full of sound and fury, signifying nothing’. But there are figures in history who clearly work for the common good, rather than out of self-interest, even though sometimes their reforms are undone by people with vested interests. What we can learn from this is that while the wicked are powerful in the world and perhaps always have been, there are also those who selflessly fight against evil and strive, with some success, to re-establish the good.

Even in the case of military conquerors of whom we may not approve today, people like Alexander the Great or Napoleon, we can learn from them their spirit of ‘nothing is impossible’. The famous battle of Crécy, in the Middle Ages, for example, was won by Edward III despite the fact that he was numerically outnumbered by the French by five to one and most of his commanders advised him to turn back. Often such conquerors are undone in the end, and this would be another lesson to learn, the lesson that there are limits to human achievements in this world and that the great danger in such situations is ‘hubris’ or pride.