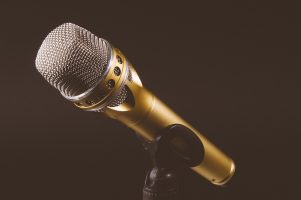 “I have a dream…”, “In this grave hour…”, “I do not come here as an advocate…” – the first lines of some of the greatest speeches that shaped the history of the 20th century. Rhetoric as the art of persuasion has always played an important role within societies. It is the main tool in all kinds of debates and the key technique for persuading a large audience. It is used by politicians, members of the courts of justice, scientists, even actors in show business and leaders of commerce and industry. Unlike Plato, who first criticised rhetoric, and especially the way Sophists used it, as immoral and unworthy to study in his famous early work, the Gorgias, Aristotle put it on the map and developed it into an autonomous, practical discipline, as a counterpart to dialectic. He defined rhetoric as an art or skill: “the faculty of observing in any given case the available means of persuasion.” He said that the message of the speaker should be supported by logic, ethics and emotional force as well.

Aristotle also pointed out that the most important element in a speech is the trustworthiness of the speaker, which is based on his character. In his later work, the Phaedrus, Plato revised his early judgement and distinguished good rhetoric, which is based on philosophy and knowledge, from bad rhetoric, which is based on opinions. Here, Plato recognized the possible value of rhetoric as a means of leading the soul to discernment and wisdom through discourses. However, both philosophers were agreed that rhetoric is often used for manipulative purposes by appealing to the emotions instead of the reason.

Nevertheless, rhetoric remained a key subject for centuries, from ancient Greece and Rome through the Middle Ages and Renaissance until the dawn of the modern age. Cicero and Virgil, as well as the Church Fathers later on, grew up in the tradition of classical rhetoric. It became part of the Trivium, the lower division of the seven liberal arts, alongside grammar and dialectic, and was used for transmitting the messages of the Church and for convincing believers of the tenets of the faith. The rise of modern philosophy and science overshadowed the value of rhetoric, as they disapproved of plausible, credibly presented thoughts and supported factual, reasoned ideas. Francis Bacon and Thomas Hobbes claimed that a simple, clear and short speech is way better than a stylish, ornamented discourse. Especially in the 19th century, rhetoric was downgraded and some authors regarded fine speaking as a disease that had to be eliminated.

In the 20th century, rhetoric experienced a revival. This phenomenon was related to the rise of mass movements, the birth of modern communication and the spread of media and advertising. Rhetorical techniques became highly important for leaders of nations, who delivered their political messages to the public through speeches on the radio or television. All sides, no matter under what flags they marched, used rhetoric as a tool to convey the importance of their ideologies to the people. It was the key factor when Winston Churchill, leader of the government of the United Kingdom, exhorted the Brits to perseverance and defiance of the enemy in 1940. Or when the president of the United States, John F. Kennedy, asked Congress for more funds to allow the moon mission to go ahead in 1961.

Nowadays, the position of rhetoric remains strong and unquestionable. And as new inventions and gadgets are introduced into our lives, its importance seems assured. When we watch a tutorial video or online course on the Internet, we will find a speech based on the rules and methods of rhetoric. In the same way, when we take part in a job interview, our success crucially depends on our skill in rhetoric . Because as Plato said in the Phaedrus: “Rhetoric is the art of ruling the minds of men.”