Proposals for a better world 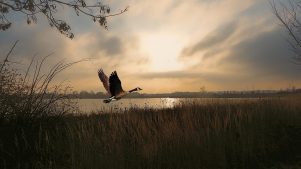 No one can ignore the fact that we are living in a world in crisis, a world of great changes on the ecological, social, economic and even cosmic levels.

Some of the factors of this ecological crisis are of great importance for our immediate future. For example, the global warming of the planet, due to an uncontrolled industrialization, with its consequences of the melting of the polar icecaps and the progressive and now unstoppable rise in sea levels; pollution by chemical and radioactive waste of land, water and the atmosphere; and genetic transmutations in many plant and animal species, to cope with the need to feed our overpopulated planet.

The effects of all this can already be seen in the climate change that is gradually – or abruptly – occurring in different parts of the world, in earthquakes, volcanic eruptions and natural disasters, which seem to be increasing every year and dominating the international news from time to time. All these are signs that changes in the Earth are imminent and that we should be on red alert.

This is inevitably leading to a sense of social alienation, the effects of which are reflected in an increase in crime, as a way of surviving in hostile conditions, the increase in drug addiction, by which people are seeking to find the paradises of hope that they do not find in their day-to-day reality, and in many other dark ways that unfailingly lead to dehumanization, especially among young people.

It is almost as if the Sun, as well as the Earth, were “angry” with the conduct of human beings… and with certain scientific experiments that are kept “top secret”… in spite of the fact that some of them are to some extent common knowledge, even if they are claimed to be “unfounded rumours”.

As philosophers, we should also take into account the opinions of internationally renowned astrologers, who tell us that we have already entered the age of Aquarius and its first phase of “Ice”, or solidification of the waters (which symbolize vitality and psychic life, amongst other things), with their consequences of break-up and fragmentation (ice breaks, water does not), at every level, from family, community, society and state to the international level. In this way, fiefdoms are being created, states within States and mafias of all kinds.

All these factors are consistent with the opinion of many modern historians that we are entering into a new Middle Ages, although this time, due to the phenomenon of globalisation, it would be worldwide rather than simply local, as was the case before on several occasions in history, at certain focal points of the different civilisations.

More than 50 years ago, the founder and first International President of the IONA, Jorge A. Livraga, had already expressed opinions on this which today are being proved to be entirely consistent with the facts to which we are referring.

It is urgent, then, to offer proposals for alternative solutions, which can be compared and contrasted with those recommended by the different International Organisations. The IONA has its own proposals, which we sincerely consider to be very valid and practicable.

Specifically, to promote on an international level the 3 constitutional Principles that inspire the IONA, namely:

These principles are closely related to the three Areas of Action that, both on an individual and a social level, are proposed by the IONA: Philosophy, Culture and Volunteering.

Read the original article on http://www.acropolis.org/en/resources/articles/856-proposals-for-a-better-world