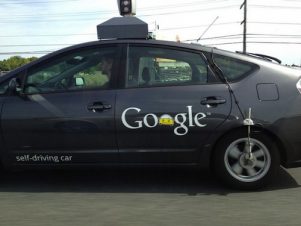 Since the Ford T-model appeared on the roads at the dawn of the 20th century, cars have undergone great changes, not just in terms of form, but also regarding performance and safety. Even the fuel has changed and now more and more hybrid and electric cars are running, but one thing has remained: the need for the driver. Until now.

The next revolution in transport looks set to be cars and trucks capable of working by themselves, without the need for a human driver. These autonomous vehicles (AVs) or self-driving vehicles began to be developed in the 1950s, but the rapid advances in information technology, especially in the 21st century, gave a boost to the evolution of new technology. With more and more vehicles on the road, in line with the growing population, the need for these computer-controlled cars that can drive themselves is increasing.

The arrival of 5th Generation Wireless Communications Systems (5G) completes this process and will make these vehicles available in the foreseeable future. Self-driving vehicles need to be constantly communicating with their environment, including other vehicles, and their multiple sensors need large amounts of data every second to navigate properly and make corrections on time. To do this they use radar, sonar, GPS and other sources, and their sensors forward messages to a central computer which makes the decision on whether or not any intervention is needed. This solution enables the human factor to be eliminated, and is expected to result in fewer collisions. On the other hand, labour costs will be reduced, as those people who formerly spent much of their time in front of the wheel can now use their energy for other purposes. If the technology is expanded worldwide, the speed limit can be changed as there will be no more need for restrictions to avoid collisions. Eventually, traffic can be better controlled and optimized.

But every coin has two sides, and there are disadvantages to this new revolution. Many driving and transport-related jobs will be lost and those workers will need new employment. Automated cars will make thousands of jobs redundant. And although these cars are designed to operate with no risk and maximum safety, errors can happen. For example, if there is a computer failure, or a wrong decision, or the sensors are not working properly, collisions can occur and passengers will be harmed. In such cases, who will take responsibility? There is also a risk of automotive hacking, when not only personal data can be stolen, but a third party could take over control of the self-driving car. There is also the question of how these cars will react in a critical situation – for example, if a tree falls on the road or a large animal jumps in front of the car. Here, there are also ethical questions that need to be answered when these cars are programmed. What will the computer choose, to protect the life of the people in the car? Or to protect other lives in other cars on the road, by avoiding collision with them? And even if the traffic system is changed in some countries and becomes self-driving car-friendly, what about the rest of world, where neither developed telecommunication systems nor automated vehicles are available? In these places, cars could not work without human intervention.

Although the autonomous car revolution is on our doorstep, there are still many unanswered questions, so it may take a while to resolve them and change the traffic rules accordingly. It now seems more likely that the change will happen gradually, first on a smaller scale or in certain cities, then at national or international level. But if this revolution does take place, then transport will undoubtedly be changed forever and a new chapter in the car industry will begin.