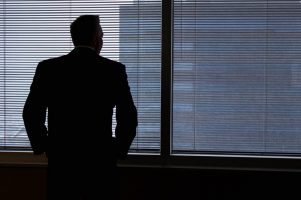 “It’s lonely at the top,” said a school-friend in jest on the eve of a school election for which I was nominated. And although I do not know to whom this titbit of wisdom is attributed, I have often contemplated the truth behind these words.

In aspiring for the post or role of a leader, some may seek the prestige and authority which follow. The main work therefore seems to be, to make a favorable impression on those that are considering their candidature. Since there are probably others vying for the same position, a competition ensues, a race in which each one needs to outshine the other. Naturally this may lead to alienation enroute the prize. In this perhaps, lies the loneliness of the leader. But something doesn’t sound right! As much as we aspire for the celebrated position or status, it brings with it an obligation which requires effort. On the one hand there is the rigor of the external work to ensure that the duties associated with the position are fulfilled. But it also involves a more subtle inner work comprising the need to think more about others and less about oneself. Let us dig deeper.

The obligation of the leader is not something to take lightly. The direction he sets is seen and followed by many and it might even seem like a sign of weakness if the leader consults anyone else. Therefore, it appears that the leader is stuck with making hard choices by himself. In many cases, the ability to make such difficult choices with ease is the reason we celebrate great heroes, who lead their forces to glory and victory, hence finding their place in the timeless myths. Isn’t this inspiration enough for a leader?

In these stories, the heroic moments are marked by selfless decisions, disregard of personal interest, prioritizing the greater good above any individual. Such difficult decisions are often unconventional, unpopular and uncomfortable and of course have no guarantee of success. But the leader is obliged to make hard decisions, and may even lose the favor of others. Maybe this explains the loneliness of the leader?

Consider the mettle of the leader. He is not defined by a list of qualifications. Instead he is one who is willing to be forged through trials. He is the one that is ever willing to take on a challenge, and it is enough that he but recognize the challenge to take it on. He prepares for challenges with every opportunity, and when the challenge presents itself, he recognizes it, and is able to act decisively and swiftly.

One aspect of the leader’s preparation is to build stability. We may understand stability as financial backing, good health, a close network of friends and associates, or tactical advantages. While helpful, all this is temporary and of limited use. Instead, the leader seeks to develop inner stability which allows him independence; he is neither distracted by what is the popular thing to do, nor is he paralyzed by his fears. This stability is a disciplined approach where he digs into his experience and applies himself to take the best decision possible. It is not built by chance, but is a process of continuous improvement as an attitude towards life, looking at the humblest and most mundane of situations, always with the great interest of the adventurer. He practices this stability in the day to day and builds his foundation.

In the Egyptian tradition this stability is symbolized by a djed, a pillar. It was enough in their tradition, it is said, that someone would carry the symbol of the djed to demonstrate this priority: to stand stable beyond fears and weaknesses, beyond corruption and compromise.
With increased stability, the aspiring leader sees the right way more clearly, with less confusion. This does not mean that one works in a silo, which is a self-centered act. The clarity emerges from a better overview of the factors and consequences of his decisions with a willingness to accept responsibility for them. This clarity is on two counts: One because he has developed stability, and the other because he is able to connect to a bigger context than may immediately be visible. This can also be called the vision of the leader.

And so the leader must have vision. When faced with a decision, this vision becomes an inner compass that guides and directs. The leader sees his role as a part of a larger cause. This bigger picture must necessarily be rooted in Truth, Goodness, and must serve an altruistic purpose. Only such a vision is sustainable and empowers the leader with the valuable conviction that he is doing the right thing for which he is responsible.

This is how the leader seeks to bring ethic and sustainability to his vision. The more he develops an understanding of the need that he serves, the more firm his vision becomes, and the more decisive are his actions. Through the resilience he develops, he naturally allows others the opportunity to be inspired by his vision.

The leader often finds himself alone and recognizes this opportunity for the inner work of building his identity. This loneliness, which for the unprepared seems like a vacuum, is the source of a center and clarity for the leader. He cherishes it like a gift of solitude and uses it well. Then he is able to call upon this solitude more or less at will, even while in the thick of action. In doing so, he is able to pierce through the clouds of ambiguity and align to the essence of the work at hand.

Traditionally, we may refer to the slight smile of the Buddha to demonstrate this. The smile arises from his state of being and is the expression of an inner serenity, sustainable and stable, which expresses as the charisma of a great leader of human beings, as some traditions refer to him, and a wise man. We may understand this as a symbol of the one that first leads himself.

This inner strength and discipline is palpable to those who share in the vocation of leading themselves. Notable historical leaders were not necessarily the most physically attractive, nor the best orators. But their leadership exuded from a strength of character.

The development of a leader is tedious because it is unconventional. Above all it requires the leader to lead himself through his solitude where he justly battles all distractions, with the spirit of a victor. There are many metaphors for this. A common one is that of the caterpillar that metamorphoses into a butterfly, signifying a complete change of character into an identity that is free and able to fly. This is the aspiration of the leader, to surpass the chains of ambiguity and doubt, which restrain his freedom to act.

Developing the identity of the leader is a most selfless act because a true aspirant has no business doing it for himself. The spirit of service underlines his every work. As he develops, his vocation of service also increases, because he sees that his work is worthwhile to empower real change. All his work, big or small, is valuable because it has a sustainable impact, and humbly encapsulates the spirit of truth.