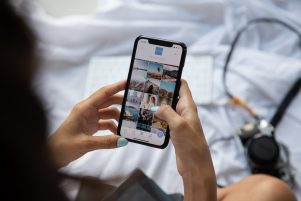 Boredom is something we are all familiar with, yet in our increasingly technology driven world, we are less and less able to engage with it and use this mental state as a means of creativity, learning and conscious development.

We are all aware of that compulsion to turn to our phones as soon as we find ourselves alone or waiting for the bus, or even at a restaurant if the other people have left the table. The phone has become the new cigarette we reach for to relieve social awkwardness or boredom.

The word boredom has often been attributed as coming from the analogy of a ‘boring tool’, a kind of drill that works slowly and repetitively into hard rock. And this association seems quite fitting as we have come to see our phone as ‘the boring tool’ in many ways. It is the tool that we see as alleviating  boredom but ironically it is the very thing we often find ourselves bored with. We scroll through images and content which at best only briefly engages our spontaneous  attention but mostly we are simply scrolling for the comfort, in the superficial sense, that we are stimulated and not bored.

The late Mark Fisher, cultural theorist and philosopher in his blog K punk writes; “…boredom was a challenge, an injunction and an opportunity: If we are bored, then it is for us to produce something that will fill up that space.”

but he continues by saying,

“Capitalist corporations go out of their way to invite us to interact, to generate our own content, to join the debate. There is now neither an excuse nor opportunity to be bored”

As Fisher points out, this space for boredom has been filled with technology, which makes it increasingly harder to think and use our own means and mental energies to engage in voluntary attention. Boredom at a basic level can be used as a positive force to start some action but this can lead onto higher levels of engagement which sharpens the mind through focus and imagination and thus brings about a more awakened consciousness and nourishment of the individual self.

What technology and, particularly, social media are so good at and why we are so accustomed to reaching for our phone as soon as we find a free opportunity, (but also when we should be paying attention!) is that it can pacify our spontaneous attention so masterfully.

New content every second keeps at bay that state of ‘boredom’ which we have become so weary and anxious of. But ironically this petulant need of our ego to fend o boredom and wanting continuous stimulation is what keeps us in an anxious loop of feeling bored, struggling to focus and ultimately unsatisfied.

So not only do we need to train ourselves to stop reaching for ‘the boring tool’, we must also learn to see the state of boredom in a new way. By definition boredom is an emotional state experienced when we are not interested or engaged with our surroundings or actions. But learning to turn that around with attention and imagination we begin to appreciate these moments as opportunities for increased consciousness. Waiting at a bus stop can be used as a chance to observe the often missed passing of time and with attention we can learn to have an increased awareness of our surroundings, absorbing sights and sounds without judgement or objective thinking. This suddenly makes the seemingly banal, trivial or boring show itself to us in a new light. We can learn to experience these ‘non eventful’ moments as profound and poetic and witness the beautiful interwoven reality of our existence, which is far from boring.