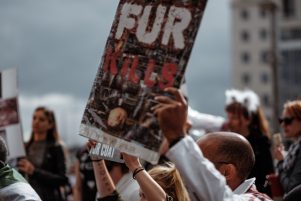 With a burning aspiration and courageous determination, many a youth dares to dream of a better world, driven by the need to take responsibility and participate in bringing about the clearly evident need for change, whether in the realm of ecology, literacy, socio-economic disparity, or the myriad other causes that demand attention in our times. It is fair to say that it is in vogue, almost considered admirable, to stand for a cause, and many aspiring idealists turn to activism to do their share. They ‘like’ facebook pages, sign petitions, write articles, stand their ground in vocal protests outside of parliaments…but rarely does change really manifest, prompting a sense of disillusionment at the failure of invested efforts. When asked what their “actions” accomplished, they withdraw saying, “at least it brought about some awareness,” as if the cause at hand were not already well known.

Let us first reiterate the need to foster this well-meaning and inspired attitude of ownership; one that helps us recognize personal responsibility, and encourages us to participate in the corrective change. Perhaps more than ever before, we need individuals to stand up for Truth and Justice, motivated not just by good intentions, but with the commitment and ability to act; at the risk of sounding clichéd, to implement the Gandhian adage, “Be the change you wish to see in the world.” Let us dispel the individual’s sense of insignificance or helplessness in the face of seemingly monumental challenges.

For this to be sustainable and effective, however, it might be insightful to investigate the true meaning of activism. Often, an activist vociferously and angrily draws attention to the injustice suffered by an unheard or disregarded minority; he represents the specific interests of the victimized group, and in the most extreme cases, is even ready to draw up arms in their defense. Ironically, albeit unknowingly, in doing so he only further emphasizes the separation that plagues the minority in the first place. He fails to grasp the futility of his methods that in reality further amplify communal division and highlight the aggrieved minority’s isolation, rather than nurture camaraderie.

Hence, let us first dismiss the pseudo-maxim that states that “the ends justify the means”. It must be acknowledged that an end, soiled by dishonorable means, lacks dignity…however noble a cause it was meant to facilitate. Ancient traditions might even refer to it as unethical – the inability to unite the spirit of the goal, with the means employed to achieve it. It is evident that our times are plagued with countless examples of such hypocrisy. We must ask ourselves how is it that we find ourselves unable to recognize the senselessness in the use of violence, in order to end violence? Or the use of fear, in order to foster compassion. It is similarly irrational to dream of unity, by standing in support of just a part. It is an illusion.

In reality, the means and the goals cannot be separate. The onus is on us to find innovative ways to align our means to the goals we dare to dream. In a recent interview for Lion’s Roar eMagazine, Rev. Angel Kyodo Williams offers a refreshing attitude to define activism: “What we need is the combination of a mind that wants to change the world and a mind that is steady, clear–seeing, and seeks change from a place of love, rather than from a place of anger.” (1) But how can one love an unjust oppressor, against whom we intend to protest? Interestingly she clarifies, “I hardly like anyone. But I love everyone. [And the two are not the same.] And that is possible. In fact, it’s the very thing that bridges the spiritual life and the activist life.” (1) Love, as a principle of Life, can be appreciated as the force of attraction that unites and harmonizes the vibrant plurality that we witness around us. In esoterism it is regarded as the fundamental primordial principle that resides in every element of creation that drives its spiritual evolution, towards perfection. It follows, therefore, that while we may, or may not, like another person’s habits, views, or mannerisms, that principle of Love that drives each of us is the same. We must but learn to recognize it!

Williams elucidates that there is a “difference between aversion toward the injustice and not loving the person. My experience is that it actually has to do with the relationship we have to [sic] ourselves…we have to investigate what is not fully accepted in ourselves, what feels unworkable, untenable, and needs to be left behind. I hate that I can’t do anything about violence against women and children, and that makes me hate the perpetrators. But I don’t even know them, so generating hate for them is, I think, almost impossible. What I actually hate is that I feel helpless.” (1) It is that helplessness, that we must let go, and the anger and hatred that emanate from it. And herein starts the long and arduous process of inner work, so often referred to as the obligation of man, described in so many ancient scriptures.

Almost as a paradox, it is suggested that a vital component of activism that seeks tangible change in the external world around us, is this need of inner work, through which to extract the hitherto described powerful force of Love. “Real political change must be spiritual. Real spiritual practice has to be political.” (1) There seems to be an undeniable link between the manifest world, and a subtler, more metaphysical realm. Some refer to it as the spiritual plane, and is described in traditions around the world as the eternal realm of ideas, of the archetypes, of Truth, Beauty, Justice…the very ideals for which an activist wages his battles. Could it mean therefore that the activist already has the object of his search within his grasp? He must but reveal them from the very depths of his soul.

Even just a preliminary investigation will reveal this profound truth to the ideal activist. And therefore, as any homeopath or ayurveda practitioner would insist, it is futile to suppress symptoms; while it might give temporary relief, without a cure at the source, the illness is bound to resurface. Perhaps this can be extrapolated to the socio-political and ecological challenges at hand today. Is it not plausible that the source of these illnesses lie in the human psyche – our insatiated consumption patterns, a wasteful obsession with the new, and a vain need to gain mastery over our surroundings? Maybe the eminent classical philosopher Plato recognized this, and therefore asserted the value of educating the psyche through engagement with the nine muses – the nine deities representing the sciences and arts that serve as windows into the natural harmony and beauty that lies embedded in the world around us, which a human being is able to appreciate and implement. In doing so, it might awaken the human need to align with those same principles, which in turn might express in his choices, in his attitude, and in his goals.

But such an aspiring philosopher, one who dares to dream of a better world, is often dismissed as an impractical fool, wasting away his time in contemplation and ideation, rather than concrete practical action so very necessary in our times. It is evident, however, that this perception stems from a distorted understanding of philosophy as an academic and theoretical faculty, that serves only in debate and argument, as a means of intellectual stimulation. “Philosophy” etymologically translates to “a love for wisdom”. How can love ever be an intellectual notion? As anyone who has dared to love will confess, it is impossible to explain it; it requires an unconditional and total investment of one’s whole self; one must experience it in order to know it. Undertaking such a pursuit requires a lot of action, not always visible or tangible action, but a lot of internal action. This is not theoretical. In it lies the potential to change the way we perceive and interact with life. What could be more practical?

As the word itself suggests, activism implies practical action, beyond good intentions, and beyond idle contemplation. It must necessarily go beyond liking a facebook page, or raising banners in protest that simply spread awareness. These serve only to make ourselves feel good about ourselves, and mask our laziness and/or cowardice, by handing over the burden of effecting real transformation onto someone else. The real activist, the idealist-activist, is one who begins change by working on the only real battlefield he has absolute control over: his own self. In the Voice of the Silence, Blavatsky poetically instructs, “Thou canst not travel on the path before thou hast become that path itself.” (2) Like the Sun, what if we too could become so full of light, and life, and love that it naturally radiates from us, without effort, motive, or fatigue. In doing so, the activist becomes the embodiment and the means, of his own goal! This is echoed by Gilad Sommer (New Acropolis, Chicago): “We need to prevent the pollution of our environment, but first we need to uproot the mindset that has separated us from nature in the first place. We need to fight against war, but how can we redirect warring nations, when we cannot even solve small conflicts with our friends, family or neighbors? We speak about economical disparity, but are we innocent of the mindset that puts matter over values, gains over brotherhood?” (3)

And so, founder of International Organization New Acropolis, Prof. Jorge Angel Livraga spoke of a new and better humanity for a new and better world – a real means for a real goal. To honor his visionary dream, let us look inwards to revive true activism motivated by valor to fight first our internal battles, with love in our hearts, a militant zeal for Truth and Justice pulsating in our veins; let us become ambassadors of unity, good examples of change that others can follow. The ancients have proposed that this is bound to transform the human condition at large. Says Sabine Leitner (New Acropolis, UK): “Activism needs to be based on creating something new, not just tearing down what exists. If it is only ‘reactionary’ or ‘revolutionary, it won’t last. Building something new and better requires wisdom, an understanding of human nature and discernment about which aims are actually worth striving for in the long-term.” (4) Ultimately our predicament is the failure of our civilization. But it is also our unique and heroic historical opportunity to act and build a legacy for our descendants many generations into the future.