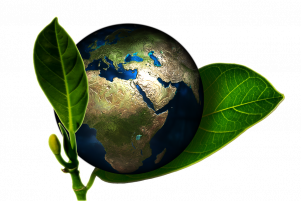 It is often said that by changing ourselves, we can change the world, and I believe that is true. However, is individual change sufficient?  Is it enough to try to behave in a responsible and conscious way in order to bring about the collective change that is so urgently needed?

Let’s look at some examples: does my paying my taxes stop big corporations from evading theirs? Does my sacrifice of not having a bath stop the enormous amount of water being wasted, let’s say on golf courses? Does my use of energy-saving light bulbs stop huge office buildings from leaving their buildings fully lit all night? Do fanatics or criminals cease to exist because I am trying to be a tolerant and trustworthy human being?

According to an article by Derrick Jensen, if every American citizen would implement everything suggested in the film An inconvenient truth, this would reduce CO2 emissions in the United States by only 22%. But to make a real difference, according to scientists, CO2 emissions need to be reduced by at least 75%. Similar figures apply to other areas: only 3% of all waste is produced by individuals, only 10% of water is used by individuals, and only 25% of energy is consumed by individuals. Even if individuals did everything they could, their impact would only be very small in comparison with business, industry, agriculture and the military.

This does not mean to say that individuals should not continue to act responsibly – far from it! It just means that individual actions alone are not enough. There is also a need for activists, people with the courage to change the cultural values, attitudes, norms, systems and structures in our societies.

However, activism needs to be based on creating something new, not just tearing down what exists. If it is only ‘reactionary’ or ‘revolutionary, it won’t last. Building something new and better requires wisdom, an understanding of human nature and discernment about which aims are actually worth striving for in the long-term.

Collective change needs activism and, to be effective, activism needs philosophy. Because in order to know the direction to follow we need wisdom, and the way to wisdom is philosophy.