The Politicization of Spirituality 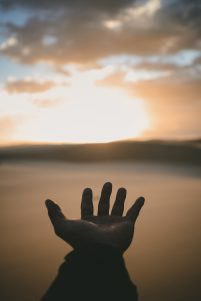 Does a circle have sides? – Not really. We can ‘project’ sides onto it but the fact is that there are no sides, only a circumference on which every single point has the same distance to the centre. Is spirituality left or right wing? Well, I also don’t think that it makes sense to ‘project’ a fairly modern concept onto something that seems to be as old as humanity itself. However, there have been several articles recently about the ‘Cosmic Right’ and its ‘dangerous rise’, expounding the view that spirituality (and New Age, ‘occultism’, Eastern and Western religions, all sorts of ‘wellness communities’, Plato, Buddha, C.G. Jung, Joseph Campbell, JRR Tolkien, to name but a few that were mentioned) are right-wing.

It seems to me that this is just another example of the current tendency to polarise everything and to draw artificial lines of demarcation where none exist, unless, of course, one wants them to exist. Let’s have a closer look at this particular phenomenon.

It might be useful to know that the concept of left-wing and right-wing goes back to the French Revolution. After the storming of the Bastille in 1789, a National Assembly came together with the goal of writing a new constitution. One of the main issues in the debate concerned the question of how much power the king should have. Those who thought he should have the right to an absolute veto (i.e. the more traditional ones) sat on the right of the president of the assembly and those who thought he should not (i.e. the more progressive ones) were seated on the left. However, since then, these two terms have become labels that can mean quite a range of different things at different times, in different countries and in different contexts.

The reason why spirituality seems to be given the right-wing label in the articles I mentioned is that the spiritual cosmovision tends to be ‘hierarchical’ and that this, apparently, leads ‘naturally’ to ‘spiritual inequality’ and ‘authoritarian organizations’. I think these statements call for some reflection.

Yes, it is true that the concept of hierarchy (which literally means ‘sacred rule’ and originally referred to the orders of angels and heavenly beings) is an intrinsic part of a spiritual cosmovision. But a certain level of hierarchy in the ordinary sense exists in absolutely everything. A hospital, my body, my workplace – they are all organised hierarchically. Does this make them all right-wing? Whenever there is the principle of organisation and different levels of responsibilities, there will be the natural principle of hierarchy. Every political party, whether left or right, will have levels of hierarchy. All traditional doctrines, even the beliefs of shamanistic religions, are in agreement that the universe is ordered in different levels of existence. But in the case of the spiritual cosmovision, this hierarchy is based on the unity of all life that unfolds on different levels of existence, and not on partisan thinking.

What about ‘spiritual inequality’? The word ‘inequality’ obviously carries a very negative charge. Yes, one could say that there are ‘higher and lower levels of spiritual attainment’. But again, this is true of everything. In the case of any knowledge or skill, there will be an infinite range of levels of expertise. And every spiritual cosmovision has promoted compassion, generosity, even self-sacrifice, and the need for education to ensure that the same human potential that exists within all of us can gradually come to be realized.

Does a hierarchical cosmovision ‘naturally’ lead to authoritarian organizations? No. Although potentially it can, there is no compelling reason why it should ‘naturally’ lead to that result. No more than climbing up a tree would compel us to fall down. Or that driving a car would naturally lead to being involved in an accident. Every archetype can have its shadow expression. Generally, it depends on how something is used, to what purpose and with what intentions.

Duality exists on all levels in nature but it is futile to enter the game of polarization and make one side good and the other bad. We need to transcend all factions by seeing the whole and by understanding that both poles are necessary and one wouldn’t exist without the other. Working for one part only is always detrimental to the whole. If spirituality teaches us the unity of life and that we are a part of a whole, then we need more of it.