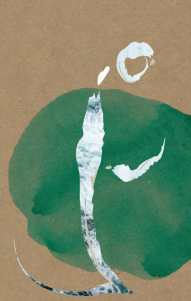 Hazrat Baba Bulleh Shah is believed to have been born in 1680, in the small village of Uch (Bahawalpur, Punjab) in present-day Pakistan, where his father, Shah Muhammad Darwaish, was a Paish Imam and teacher. Most historians confirm that Bulleh Shah worked as an adolescent herder in the village. Despite his poverty, however, he was able to educate himself very well, and became a well known Sufi mystic, and celebrated Kaafi poet, using the main lyrical form of Punjabi Sufi Poetry.

It is said that his desire to experience the divine and to be guided on a spiritual path, is what drew him desperately to find a Teacher. When he found Qadri Sufi Faqeer Hazrat Inayat Shah Kadiri, tradition describes the intensity of Bulleh’s frenzied spiritual desire as so fraught with energy that the mangoes from nearby trees started dropping down in hordes. Having noticed, the teacher smiled and asked him, ‘Did you pluck these mangoes?’

‘Sai jee, how could I? I stand here waiting for you to notice me…’

The Intuitive Inayat laughed, ‘You are a thief too! And a shrewd one at that.’

Bulleh fell at his feet: ‘Sai, I am seeking God!’

As Inayat Shah continued transplanting some onion seedlings in the orchard, he replied, ‘Yes, then don’t look below. Look up at me. The path to a glimpse of God is akin to the process of gardening… as simple as uprooting the plant from here and planting it at the appropriate place!’ Bulleh realised that the secret lay in diverting his heart from the matters of worldly life, towards the path of seeking the Divine, which needed the guidance of a gardener, a Teacher.

In this way, Bulleh’s devotion to Inayat Shah became a primary catalyst. His poetry is in the female voice, yearning the attention of his Master, or the Divine, represented as the male lover. Classical Punjabi folk love stories, such as of Heer and Ranjha, are often used as a metaphor for the human soul seeking to unite with its true identity, by unshackling itself from the illusions and obstacles of worldly matters, including external expressions of spiritual practices, beyond exoteric pilgrimage sights, or any motifs/rituals of a religion.

My Mecca is my beloved Raanjha.

At another time Bulleh sought Inayat’s consent to go for a pilgrimage to Medina Sharif. After a pause, Inayat tersely replied, ‘Give me three days and I shall tell you about my permission then.’ On the third night, Bulleh saw a dream in which Hazrat Rasool Allah asked him to send for his teacher. In the dream, Rasool Allah lovingly gets Inayat to sit with him. Bulleh bends his head in reverence, and when he looks up he suddenly realises that they both looked absolutely the same. He awoke from the dream in disbelief, and realised that the Teacher is himself a path to the Divine that no external pilgrimage could replace.

In his verses, Bulleh Shah further urges that true wisdom elevates inner consciousness, to feel a deep sense of unity, love and fraternity with humanity and Nature. Intellectual knowledge alone would only feed the ego, and be flaunted for wielding more power and influence in society, and find favour with the rulers.

A single alphabet should do for you.

Bulleh Shah describes four stages of his own development in his poetry: Shariat, Tariqat, Haqiqat and Marfat.

Shariat is the preliminary stage when the Salik (the novice Sufi seeker) conforms to an ethical code of conduct, a practice of nobility, as prescribed by scripture. This is the stage of instruction that the novice disciple must first conquer, as an elementary stage of formation. The way he quotes Islamic Scriptures in his verse speaks volumes:

Understand the One and forget the rest.

Shake off your ways of a non-believer,

Leading to the grave and to hell, in quest.

Tariqat, or Observance, refers to a process of transformation, with the assistance of a Master, or Murshid, along the arduous path of challenges, replete with spiritual exercises. At this stage, the seeker collects merit through Good Deeds which are the ‘dowry’ that the bride (Seeker) collects, to mark her union with the Divine. The assimilation of virtue is emphasized, in thought and action, and the seeker discards the external rituals prescribed earlier at the novice stage.

From prostrating themselves, their foreheads have become worn.

The lord is not in the sacred bathing places, nor is the Lord in Mecca.

Whoever finds him, is filled with brilliant light.

Burn your prayer rug and break up your ablutions pot;

Do not pick up your rosary, your staff, or your stick.

Haqiqat, or Truth, is the stage of realization, or integration, such that the Divine is perceived in everything. The disciple no longer discriminates between the Hindu and the Turk, the temple and the mosque. He can hear the call of the Muezzin in the flute strains of an idol worshipper, and is no longer lured by the robbing clerics of institutionalized religions.

The wick of true knowledge is lit like this.

For sure I am no Hindu or Turk, it is the name of love to which I adhere.

The lover is conquered by God.

The wick of true knowledge is lit like this.

See what a clamor the robbers have raised, how they have created birth and death.

The fools make a loud fuss when lost in confusion, which the lover exposes.

It follows that Bulleh Shah saw the futility of strife between followers of different religions and castes, and made his case for understanding a glimpse of the idea of Unity. So he would seamlessly use Hindu and Islamic motifs in the same verses without any trepidation.

My Mind is fixed on my dark beloved.

Sometimes I see a Brahmin, sometimes a Shaikh.

He is the one who creates all these guises. How skilfully he has played.

When I realized this, I appealed to Ram: you and I are one, there is no one else in this house in the city of love.

How many hundreds of thousands of kinds of existence the pandit describes.

But the soul does not go anywhere, or come anywhere.

It is like a bracelet worn on the wrist.

Bullha, let us fall at the lord’s feet.

Let us cut off our head and lay it before him.

Now I have seen God in everything.

Marfat is the final merging into the Divine reality, a Union, sometimes called Fana, a kind of trance, an alternate state of consciousness. The entire world appears to the disciple as a reflection of the Divine Reality. Bulleh is said to have reached this final stage.

In repeating “Ranjha, Ranjha” I have myself now become Ranjha.

Call me Dhido Ranjha, let no one call me Heer.

Ranjha is in me and I am in Ranjha, this is my only thought.

There is no me, there is only him, and he is the one who shows tender care for himself.

Whoever dwells in me determines who we are.

I have become just like the one I love.

For seekers, Bulleh Shah is a symbol for the sublimation of the ego! Sublimating one’s idea of oneself in the love for the Teacher, the Path, and Divinity.

Bullha, the lord is found by those who become a goat for the butcher.

My teacher walks ahead, escorting me towards the light. Do I have the humility, courage, love and conviction in my heart to follow him/her? Yes… This investigation further fuels my conviction and deep desire towards transforming into a disciple on the path of philosophy. Each lifetime is an opportunity for us to be guided into understanding the true nature of self and reality. I need to continue to discern and follow the voice serving my ‘eternal’ aspect over those of my transient egoic personality. I need to submit my egoic self further into following the wise ones, on the lifelong process of gathering my ‘dowry’; of integrating virtues in my daily life, as I walk in the direction of Light, amidst the chaos of these new Middle Ages.

Some historians claim that when Bulleh Shah died in 1757, Mullahs refused to lead his funeral prayer. But Bulleh Shah’s heart had touched the divine nectar beyond any distinction of gender, caste, religion, opinion, any form of duality. I believe he wouldn’t have cared at all.

Bullha, what do I know who I am?

I am not a believer in the mosques, nor do I follow the rites of unbelief.

I am not among the pure or the polluted.

I am not Moses or Pharaoh.

I am not in the Vedas or in the scriptures;

I am not in drugs or in liquor.

I am not among the drunken reprobates.

I am not among waking, nor am I in sleep.

I am not in joy or in sadness,

nor am I in pollution or purity.

I am not of water or of earth,

nor am I fire or air.

I am neither an Arab nor from Lahore,

nor an Indian from the city of Nagaur.

I am not a Hindu nor a Turk from Peshawar.

Nor do I live in Nadaun.

I have not discovered the secret of religion;

nor am I born of Adam and Eve.

I have not given myself a name;

nor am I found in sitting or moving about.

I know myself to be first and last,

I do not recognize anyone else.

No one is wiser than I am.

Bullha, who is the lord standing here?