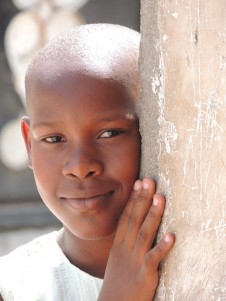 I was in Marseilles, in France, last December. I was presenting a special photographic exhibition about “Paradoxes” at the opening of a congress organized by the International Institute Hermes, for the 2400 year anniversary of the Academy of Plato.

At the end of the congress, Fernando Schwarz, the director of the Hermes Institute gave a lecture about the lack of Spiritual good as the real cause of the social crisis in occidental societies. It impacted me so much that I decided to retain the idea and to develop it in an article for Acropolis magazine.

Our world is in crisis. I won’t demonstrate it…it is clearly evident. People are suffering, and it seems that humanity is just losing, every day more, the ability to be happy. Happiness is becoming quite a shadow, a legend…a strange concept belonging to fantasy or to the past, but certainly not to our present and it is sadly more and more difficult to imagine it being present in our future.

Happiness is not – apparently – an easy good to acquire. Nowadays, people don’t know where to look for it, and they are searching for it in a lot of places where in reality it does not belong. Some will search for it in the fullness of material goods, and money will be for them the key to open the gates of a possible paradise. Others will look for it in the conquest of a social position. Those will fight for a diploma, a career, a status.

There are also those who will search for happiness in an ideology, be it religious or secular, and think that humanity will embrace happiness when all will recognize their specific way of life, and will live according to its principles. But this is only fanaticism, and fanaticism cannot lead to happiness.

And there are those who will search for happiness in a political or economical theory…but until now, there are no real examples of these being real solutions.

It seems that happiness escapes all these fields, and cannot be found there. Why not? Maybe because these are solutions based on the “acquisition” of an external good – it can be a material item or an ideological concept, it is still something I have to “get”, to “buy” or to “accept” from an external source.

But Happiness cannot come from any external source. Happiness is not bought, and it even cannot be given as a gift.

The nature of happiness is not a material one. Real happiness, or better the “felicity”, the “Eudemonia” of the ancient Greek philosophers is a sort of “state of consciousness”, a permanent state. It is not something which could be dependent on continuous movement, change and quantity of material goods. Happiness must be permanent, or not be at all. It cannot rely on anything material and “external” to be or not to be, because it is not the product of material goods, but the consequence of reaching true liberation: the freedom from the attachment to the material need, or at least to the illusion of thinking that we can be neither free nor happy without material goods.

But is it enough to be detached from material goods to be happy? Certainly not, because if it would be the case, then the millions of new poor people generated by worldwide economical crisis would have discovered happiness instead of suffering and anger.

Detachment may be a necessary condition, because it allows us to open the eyes and to begin to search in other directions. But it is not enough. When we cease to look at material goods as tools we need to work with to gain happiness, we need to encounter other tools, made from another essence, and those are metaphysical goods.

Metaphysical tools we can understand as “virtues”. Not moral virtues, but archetypal ones. I mean a quality which is “by essence” in every human being, but is not always manifested. Thus it is something which can be found in the “potentiality”, in the possible, but still invisible, and not yet a quality visible through our daily acts and way of life.

But the most important question is still: How can one develop these virtues, these archetypal qualities to reach happiness? Is it easy? Is it simple? Is it something anyone can reach?

It may seem difficult, because we are not used to dealing with these metaphysical goods, and we have no idea where to “buy” them. These are not goods to buy, thus the dependence on an economical situation is here nonexistent. It seems difficult because it is new for most of us, but the difficulty is no more than a change of habits. In reality it cannot be so difficult…on the contrary it should be easier than trying to reach happiness through the illusion of using material tools.

It should be easier because happiness here does not depend on anything external which we should first search, reach, conquer, possess…we already have it. In a virtual, or potential state, of course, but it is ours. The virtues are ours already; we just have to “activate” them.

It should be easier also, and mainly, because it is less an illusion and more a reality. Or at least…an illusion closer to reality. Real happiness cannot be affected by the changes and loss of cycles which are the expression of life in the material. Everything I possess will vanish in time. Everyone I love will be separated from me in time. Happiness has to find its roots in permanence and in stability. And these are exactly the qualities of the archetypal virtues we are talking about: love without condition, fraternity among human beings, tolerance, courage, the capacity to not make compromises with the just, the good, the beautiful and the right. These are philosophical virtues, and this is why philosophy is a cure to suffering.

Of course, philosophy has to be considered as a practice, and not just knowledge. Philosophy was in fact, since its beginning, a way of life before it became nearly exclusively an intellectual acquisition of knowledge.

Happiness is not about knowledge. Knowing that fraternity exists as a concept may only lead to bitterness, seeing the distance between what we could – and should – have achieved and the dark reality of our life, where the “other” is usually seen more as “different” rather than as another expression of the “same”. Humanity is one but only in the archetypal values and in our dreams.

But didn’t a poet say, “Don’t say the day will come…make it come!”? It’s the same when related to happiness. Nobody will bring us happiness if not ourselves. Nobody, and no material good.

The practice of philosophy is the way to develop our own potential and to manifest the results – the development of Virtues – our life. It is the simplest and the natural way to become a producer of metaphysical goods, and thus to reclaim happiness as a natural due and right for humanity.

This means that we have to decide to work with our potential, and not only with the manifested. We need to build a bridge between the virtual and the material, and to allow the archetypes to walk on this bridge, processing from the invisible toward our consciousness. At the same time, we have to walk also, raising our consciousness upward, so that we may meet in the middle of the bridge and be reborn to what we should be: a wiser, and a happier human being.

This article was first published in Hebrew in December 2013 in the Acropolis Magazine of Israel. Mr. Pierre Poulain is the Founder and National Director of New Acropolis Israel.