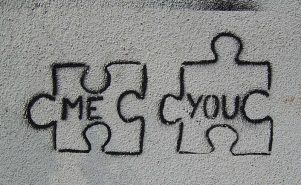 When we argued some years ago in our writings and lectures that a new Middle Ages was approaching, the prediction seemed exaggerated and almost fatalistic.

We also explained at the time that the repetition of historical cycles did not necessarily have to be seen as a calamity or regression, but as part of the natural course of life, which progresses gradually in a circular and spiral-shaped manner, touching similar points along the way, although at different levels of evolution.

Far from being fatalistic, let alone exaggerated, events today are proving the truth of those words. Now there are a great many authors and scholars who are talking about the phenomenon of a medieval period resulting from the last few centuries of our history, as a period of rest and recovery before a possible “renaissance”.

There are various characteristics that indicate the presence of an intermediate cycle for our civilization. But there is one which is particularly relevant today, due to the serious complications it may bring if we fail to realize its true magnitude. I am talking about separatism.

Beyond its political meanings – although these are also included – separatism is a force that infiltrates all human expressions with a tendency to dissolve everything that has been achieved until now. It leads one cell to oppose another and results in an extreme form of individualism, which encloses each person within themselves, within their own reality.

Terms like freedom, independence, autonomy, free expression, self-determination and so many others are no more than synonyms of the process of separatism. Today nations are divided into provinces and regions, which claim absolute originality and self-sufficiency. But the process continues, and the regions and provinces continue to be divided up into smaller segments, based on any differences or distinctions that can be shown. The next step will be for one town to become separated from another, and even within the same families we will begin to notice cracks that will inevitably result in clashes between the generations.

When, as the culmination of this process, the individual becomes the ultimate unit and becomes “separated” from all the rest, what will happen then? We will be in the heart of the Middle Ages. Everyone will have to look out for themselves even in the simplest of difficulties, and all the achievements of civilization, founded on collective work and cooperation, will have disappeared.

Perhaps, in the present, we may find it difficult to imagine a world without communications, where roads are cut off, where there is no fuel or energy; it may be almost impossible now to imagine large houses in the middle of the countryside and the great cities abandoned because they have become uninhabitable… But as separateness increases, all of these trends are on the rise.

However, as there have been many other Middle Ages before, and as human beings have emerged from all of them, we will also be reborn from this strange period that awaits us. But to be reborn an awakening is necessary, a firm mind that allows us to recognize the mistakes of the present in order to transform them into future successes.

The human being is a social being. The family, the village or town, the Earth that witnessed our birth all give rise to feelings of affection that cannot be erased from human nature. Those bonds just need to be strengthened in a healthy way. It is enough to remove the parasites from this plant of civilization, so that the new Middle Ages can pass over us like a fleeting dream and, after that brief hour of rest, the dawn of a new world can re-emerge, powerful and radiant.

This article is an excerpt from a book called The Everyday Hero, a collection of articles by Delia Steinberg Guzman, philosopher, musician, writer, and educator. To order The Everyday Hero, please order at https://www.amazon.in/Everyday-Hero-Delia-Steinberg-Guzman/dp/8192019365/ or write to us at info@acropolis.org.in