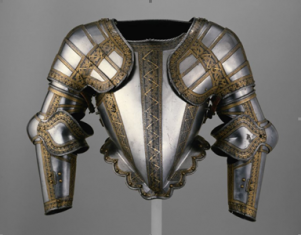 Today, the terms chivalry and chivalrous are used to describe unusually courteous behaviour, especially that of men towards women. At the mention of chivalry, many women will sigh that “chivalry is dead” and lament the declining opportunities of being rescued by the fabled “knight in shining armour”. However, what do most of us truly know these days of what chivalry is and has been?

The term chivalry originated in the Middle Ages in reference to the mounted knight and comes from the original French word chevalier (mounted knight) and the Latin ceballarius (horseman). Heavily influenced by Christianity and wedded to the Church through knightly involvement in the Crusades, chivalry came to be understood as a moral, religious and social code of knightly conduct.

Whether the case in reality or not, the chivalrous knight was idealised as brave but fair in battle, loyal to his king and God, and willing to sacrifice himself for the greater good. Towards his fellow Christians and countrymen, at least, the knight was expected to be merciful, humble, and courteous. Towards ladies above all, the knight was to be gracious and gentle.

Although the mediaeval-style knight eventually disappeared, the moral codes of knightly chivalry – the value of a man’s honour, respect for women and a concern for those less fortunate – were to gain unprecedented popularity many centuries later in Britain when chivalric practice reached its zenith. It was from the medieval knightly ideal that the Victorian gentleman’s code of behaviour derived. This code has had a wide-ranging effect on Britain’s cultural attitudes and informed popular codes in use still today, such as the idea of gentlemanly or sportsmanlike behaviour, manners and etiquette and charitable giving.

One of the most famous and fervent proponents of the new chivalry, Kenelm Henry Digby (c. 1800 – 1880), attacked ‘that principle, the curse of modern times, which leads men to idolise the reason and understanding, and to neglect and even despise the virtues of the heart’. True knights and honourable gentlemen instinctively recognised what was right through ‘the wisdom of the heart’ and pursued it regardless of self-interest.

Digby saw himself as a Platonist who believed in “absolute standards of good, right and beauty.” He believed that while the word ‘chivalry’ and the romantic stories surrounding its practice sprang from the Middle Ages, the notion of a higher moral code of heroic behaviour for men actually originated in ancient Greece and Rome. Digby’s mission, in encouraging a return to chivalry through his writings, was to “revive the principles of loyalty and generosity and honour that were almost extinct amongst mankind.”

That such philosophical ideas captured the public imagination to the extent that they did in Victorian Britain may seem quite incredible to us now, but Britain and its institutions would have taken a wholly different form were it not for the widespread revival of chivalry as a moral code and society’s ensuing ideal for all men to aspire to become: the gentleman.

The well-known description of events surrounding the sinking of the Titanic depicts the essence of chivalric ideals so universally admired in 19th and early 20th century Britain:  “Gentlemen escorted ladies to the boats as though to their carriages, and helped them courteously in… When the last boat had gone the men who were left behind waited calmly for the end… The stewards were unfailingly courteous and helpful… The band went on playing… The redeeming feature of the disaster, it was generally agreed, was the chivalry shown by the men, both passengers and crew.”[1]