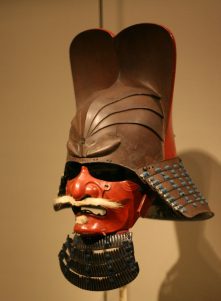 The word Samurai originally meant ‘those who serve’, although individuals of this elite warrior class in medieval Japan were also referred to as Bushi, or warrior. And Bushido was the code of morality which the Samurai were meant to follow, not just in battle, but also in day-to-day activity. Speaking of this code in his book Bushido: The Soul of Japan, which is widely considered to be an authority on the subject, Nitobe says that it was not written down anywhere, but had organically formed over centuries. Even though the Samurai comprised less than 10% of the Japanese population at the time, traces of their morality are still found in the everyday life of Japan.

The spirit of service which is embodied in the doctor’s profession, seeks to ensure that self-interest or personal preference should not cause deviation from duty. Lawyers too, whether on one side of the case in hand, or the other, are ideally guided by the principles of justice and truth, above every other consideration. Similarly, the Samurai were trained to be guided by the spirit of Bushido, a moral code of conduct, towards nobility, the eternal human values.

Its guidelines never gave clear-cut lists of do’s and don’ts, but demanded internal purification so as to learn to independently discern between what is right to do and what might be deemed dishonourable. Nitobe describes the virtues that characterized this Samurai nobility as rectitude, courage, benevolence, politeness, and mercy, amongst others, in great detail. Drawing inspiration from these, I simply investigate the continuing relevance of these eternal principles in our times.

Zen Buddhism, Shintoism, and the teachings of Confucius seem to have had a great influence in shaping Bushido in its practical and moral approach. An anecdote shared by Nitobe illustrates this: A foremost teacher of swordsmanship, on seeing his disciple master the art, tells him, ‘Beyond this my instruction must give way to Zen teachings.’

Anyone sincerely practicing the way of virtues naturally becomes more aware of the underlying unity and harmony in nature, because it raises our awareness to the needs of others, and helps us realize that we may not be so different from one another. Aren’t we all ultimately looking for the same things; to be loved, to be understood? Separation reduces, and with that arises the need to unite and live in harmony. Hence, perhaps observing one’s own nature and developing self-restraint, also allows a person to come closer to the underlying spirit in everything. It is said that the inner most sanctuary of Shinto shrines was empty, except for a mirror, as if inviting the seeker to meditate on the self. This concept of looking inwards to understand the world is repeatedly seen in other philosophies. One famous example is the inscription at the entrance of the Temple of Apollo in Delphi, which hints towards something similar: ‘Know thyself and you will know the mysteries of the gods and the Universe’.

Nitobe points out that the teachings of Confucius and Mencius also had a strong influence drawing a direct relationship between the practice of values by individuals and the resulting collective social order. Being virtuous was therefore regarded as an individual responsibility of self towards society, and not just a goal for personal growth. For example, the highest requirement that defined a ruler was Benevolence, according to Confucius, which was a central virtue of Bushido.

The Samurai were said to be very loyal to their feudal lords, and fought in service of their masters, ready always to lay down their lives. But if the master were to go against morality, a good Samurai would do all that he could to explain the honourable stand. If he failed to convince, the Samurai would prove his sincerity by taking his own life so as not to compromise his integrity, remaining loyal to his code of conduct, without having to betray the master. This was considered an honourable death, regarded nobler than living without values.

Rectitude was another essential virtue to be mastered. Nitobe describes it as aiming a straight arrow at what is right, and to shoot. It seems simple; as soon as you recognize something as right, to just do it. What are the right things that this might apply to in our day-to-day? Getting up when the alarm rings, maintaining a good mood, not blaming the world, organizing our space and time, helping when someone asks, careful attention to those who depend on us, etc. Is it simple? Yes. Is it easy? Not always. Why?

It takes courage to surpass our comforts, to do what is right despite the difficulties. Hence, for the Samurai, courage was not relevant only in the face of an external battle, but also when there is a need to live fully each day. Similarly, can we too dare to live with a sense of adventure, and extract the beauty of life amidst adversities? For example, did we manage to express courage during the lockdown?

While on the one hand the Samurai had the courage to lay down their own lives with serenity on a battlefield when needed, on the other hand it is also said that they cherished the breath of life in every single moment. This is indeed inspiring to me personally. It seems to suggest that there is an air of humour in their approach, a lightness towards life, undeterred by external circumstance…a sensitivity in life, to beauty, in situations and relationships and yet ever ready to let go with a poetic smile, if duty demands. Nitobe illustrates this seeming paradox using another anecdote: Dokan, the great builder of the castle of Tokyo, was pierced through with a spear. His assassin, knowing the poetical predilection of his victim, accompanied his thrust with this couplet, “Ah! How in moments like these our heart doth grudge the light of life.” Whereupon the expiring hero, not one daunted by the mortal wound in his side, added the lines: “Had not in hours of peace, it learned to lightly look on life.”

There is a phrase which goes: Bushi no nasake, which speaks of the tenderness of the warrior, suggesting that true power comes not from a position of external authority. Nor does it come from brute force. Instead, true power is the ability to uphold a choice, to exercise mercy, to forgive and be compassionate. These are not a sign of weakness, but an expression of inner strength.

It follows that benevolence and politeness in manners was important to develop. Another anecdote describes a stranger who stops a person with a small umbrella, enough for just one, on the street to ask for some address. Even though it is sunny, and answering may take long, the one with the umbrella will close it first, out of respect, and then answer. He would rather partake in the suffering with the stranger, if he cannot alleviate it.

Can we rebuild such a value-based culture today? Where shall we start? Today it is evident that the one who can calculate best within seconds, and has all the knowledge about politics, the economy, science, languages, etc. is celebrated most. But then, what really is the difference between a computer and a human being? What sets us apart from the machines that we create, as well as from the animals and plants?

Traditions universally highlight that human beings have the capacity to choose nobility, and uphold values at all odds. We can imagine and find solutions to challenges together, and we can choose to live in harmony with one another, and with life. The principles of Bushido can serve to awaken our conscience, in order to reach our best potential, individually and collectively. As the mythical Phoenix rises from its own ashes, might we too dare to revive the Samurai myth and awaken once again, our inner warrior?