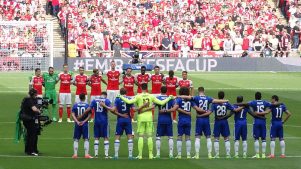 Despite our uniquely personal DNA there is one facet that arrives with each and every one of us, within days of our opening our eyes to the world for the first time – our innate nature to want to PLAY! Whether it is a doll, a ball, cars, rattles or imaginary battles, we are given the license to run with it, without a care in the world. As life moves forward, however, our innate desire to play is either nurtured, or it is sadly blunted or even annihilated in many cases.

It is also from that same moment that we begin to absorb the role of ethics. Whether while jumping rope or playing a game of hide & seek, games provide meaningful opportunities to realize the distinction between right and wrong. Will you honestly keep your eyes closed while counting to ten while your friends hide? Will you hold the rope steady, or will you change your grip based on who’s jumping? Will you hide away a card in a simple game of Uno when no one is watching? How we respond to these questions as young individuals shapes our sense of morality and fairness.

It is the beauty of sport that morals and ethics are tested through every moment of playing, as while pushing one’s physical and emotional boundaries. Sport offers artificially constructed rules to adhere to. In a way, sport gives us the training ground for the game called Life, in which the same concept of fair play applies, in the absence of umpires, cameras, or whistles to keep us in check.

Ethics relate to the innate universal principles that enable us to discern between right and wrong. In sport, ethics are defined by four key virtues: fairness, integrity, responsibility and respect. Different sports, however, have different codes of fair play. And ethics therefore, become blurry for many. In rugby or ice hockey, for example, some degree of physical tackling is tolerated, even cheered on. At most it might earn you only a few minutes in the sin bin. In football or cricket though, fists flying is likely to result in a ban at the very least. Similarly, cricketers claiming catches that they haven’t made, are liable to be fined for bringing the game into disrepute. But in baseball when even the best-behaved fielders do this, it is the responsibility of the umpires to make the right call.

Are sporting ethics then, entirely relative and changeable from one sport to the next? Or are there timeless principles that apply across sports? The term ‘Sport’ arises from the French adage, desporter or se desporter, meaning to amuse oneself. “It’s only a game,” we often say. But whether we are out on the field, with 20 cameras and millions watching, or we are out on a Sunday morning with only 3 friends on a Golf course, we each come face to face with the desire to compete, a word that is derived from the Latin root com petere, meaning to strive or seek together; a shared aspiration of excellence. The Olympic motto, “Citius, Altius, Fortius”, translates to “Faster, Higher, Stronger”, and philosophically expresses each athlete’s aspiration to express the best of his or her own potential. It is a victory of the mind that enables one to surpass the limitations of the body when a marathon runner crosses the finish line. It is a triumph of determination when a wrestler rises each time he is pounded down. It is a celebration of a collective team spirit when a football team scores a winning goal after 4 years of hard work. And it is an expression of harmony when synchronized swimmers accomplish a joint routine with immaculate grace and poise. Clearly, sport is a powerful medium through which to manifest our inner strength of character, which we collectively aspire for, but find difficult to express in our day-to-day lives.

The FIFA World Cup, the Olympic Games or the Cricket World Cup might come about only every 4 years. But with it emerge the sporting dreams that bind together millions of people from around the world. Pope Francis stated that engaging in sport rouses us to go beyond ourselves and our self interests in a manner that trains the spirit in sacrifice and fosters loyalty, camaraderie, and respect for rules. The ideals of discipline, hard work, fair play, excellence and team spirit are shared across various sports and nurture a closeness that breaks down borders, and transcends cultural and ethnic differences — values that we might use as a force that could unite us in our times.

The Olympics have provided some unforgettable moments of outstanding sportsmanship and fraternity over the decades, illustrating the sheer power of the human spirit.

Over the last decade, however, young aspirants have found themselves struggling to identify with, let alone admire, the virtues of sports and professional athletes…and for with good reason. Scandals from like ball tampering, match-fixing and downright cheating, to multiple champions pulling out all the stops to win at any cost, like Lance Armstrong’s doping shame, have brought to light hard questions about ethics in sports.  Dr. Rober Voy, a medical officer who was on the US Olympic Committee surveyed a number of elite athletes who were asked if hypothetically, they would be hypothetically willing to take a special pill that would guarantee them an Olympic gold medal even if they knew this pill would kill them within a year. Over 50 percent of the athletes surveyed responded affirmatively. Today, with fame and the monetization of sports, even top athletes are sometimes motivated to win at all cost. This is perhaps why few good men, men like Rahul Dravid or and Adam Gilchrist are revered; athletes who have walked off the field when the ball snicked their bat, regardless of whether the umpire heard it or not, are revered amongst several bigger “stars”.

This might also explain the meteoric and unprecedented rise in popularity of the simple sport of Kabaddi. As yet relatively untouched by commercialization, Kabbaddi hinges on the honesty of its players to admit being tagged. The sport’s innocence and purity is immediately apparent in the humility of the players and their respect for the soil, the sport, their teammates and even their opponents.

We perhaps tend to undervalue the synergy between sport and human growth. Motorsport legend Sir John Whitmore said that sport is a “microcosm of life” where we go through all the emotions of starting nowhere and getting somewhere, through highs and lows, with all of it compressed into each season, and each career. “And they are all things that you are going to go through in your whole life later. I think they’re just easier things to deal with later because you’ve experienced them before in a heightened manner,” he says. Crucially, he states that because sport is so “compressed” in terms of time, the sensations involved are so intense and amplified, that it forces us to grow internally at a more rapid pace to deal with challenges, grooming us for life ahead. It is interesting that the ancient Romans often conferred the title of ‘god’ on their champions for a single day. The critical point here is that it was for only a day. It is a formidable achievement, real and powerful. But with a focus solely on winning rather than imbibing eternal values, one can easily fall to vanity, forgetting that being a champion is delicate and fragile.

Sport allows us to conquer ourselves through grit, perseverance and the cultivation of a pure heart. Plato says, “the mere athlete is too brutal and philistine, the mere intellectual unstable and spiritless. The right education must tune the strings of the body and mind to perfect spiritual harmony.” To me, the illustration of brilliance on the field is a reflection of the inner moral fiber that expresses the strength of one’s moral compass outwardly. Even as an audience, we celebrate the thirst, the skill and the determination of our cherished athletes. Perhaps we can use the reminder that sport demands our higher selves to test the very depths of our own characters, and the ethics we identify with. And that is when the power of sport is its finest: a magnificent school of life, which supports human beings, young and old, man or woman, on the path towards personal development, reaching out to the highest ideals of our human potential.

Suhail Chandhok was born into 3 generations of Sport and is a former professional cricketer who plied his trade across India, Australia and the UK. He is a Friend of New Acropolis and currently one of India’s leading TV Presenters & Sports Commentators.