Fear and the Stages of Life 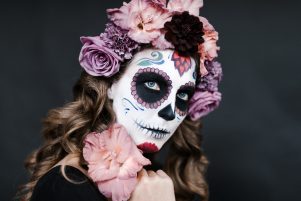 We live in a world of lasers, particle accelerators, satellite image transmission, mainframe computers and microchips, and many other things so unique to this era.

At the same time, however, we live with our desires, passions, defects and virtues, with our universal and timeless fears, typical of every human being and of all times.

And it is quite true that each period has its exclusive fear. As the Nordics feared that the skies – when the skies were the Heavens – would fall on their head, or as medieval man feared to cross the forests at night, or sail the oceans for fear of witches, dragons and abysses, so does today’s troubled pacifist fear that some madman will press the red button.

However, there are fears that have always seemed to be part of the human being and his psycho-genetic baggage; they accompany the human being from the cradle to the grave, throughout his life, in all the seasons of his life. Thus, it seems that chronological ages participate more than we think in the psycho-mental processes related to fear.

It is obvious that a child lives in a different reality, where an elongated stick can become a riding horse, or a shack, poorly concealed with branches, a wonderful and secret palace. It is also obvious that for the adolescent everything is possible. At that age there is a solution for everything because everything is known or believed to be known.

From this point of view, we too currently live in a child-society that thinks it knows everything and is afraid to confess that it doesn’t know some things, because it needs to assert itself. We don’t want to see reality. We are afraid to confess that we do not know with certainty what is the Aether, what are matter and energy, that is, these things which make up the material universe and form the Triad of Science. We are afraid to admit that the Neanderthal man, with his brain, would have been able to go to college. We are afraid to admit that the Big Bang theory does not satisfactorily explain the origin of the Universe.

But the man stops being a child when he begins to accept the reality that surrounds him, and one fine day he realizes that in order to live he has to work, that he is irretrievably balding or that his girlfriend has left him for someone else.

Adulthood. Fear of losing what we have

This is a social fear that assails us insofar as we believe that what we consider ours may be in danger, and since in childhood and adolescence very little can be possessed (or one is unaware of what one has and what it is worth), this fear is typical of the age of adulthood.

Our society acts quickly to instill a sense of ownership, so that citizens learn that “the more you have, the more value you have!” And gradually the fear of losing the prestige achieved, the reputation gained, and finally, the fear of “what will they say”, appears. Thanks to this fear, so widespread throughout the world, one of the most terrible and ruthless monsters is today being well nourished and is enjoying excellent health: rumour.

This monster was described by the Roman poet Virgil in the following words:

“Rumour, compared with whom no other is as swift.

She flourishes by speed, and gains strength as she goes:

first limited by fear, she soon reaches into the sky,

walks on the ground, and hides her head in the clouds.

A monster, vast and terrible, fleet-winged

who for every feather on her body has as many

watchful eyes below, as many

tongues speaking, as many listening ears.

She flies, screeching, by night through the shadows

between earth and sky, never closing her eyelids

in sweet sleep: by day she sits on guard on tall roof-tops

Is there a solution to this fear? The Stoics believed so. The solution is to know how to differentiate our true assets from those that are not. What is truly ours are those things that depend on us: judgments and opinions, acts, movements, desires… and we cannot include those things that do not depend on us in the inventory of our goods: material goods, reputation, dignities and honors.

Old age. Fear of the unknown, of the different, of the new

And fear of death… which is also in a way the fear of losing what we have and the fear of reality.

We are old when we reject, from the outset, the new, the different.

That is how racism and intolerances appear.

It would really be interesting to promote a pedagogy based on courage, and not so much on the fears and weaknesses of the human being. Although, as Plato taught, fear and courage are closely linked, hand in hand, and this is reflected in the Platonic definition of courage: to know what to fear, and to know what not to fear.