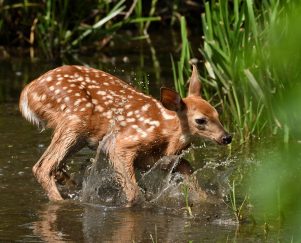 Since the earliest times our current level of research can reach, man has made hunting one of his primary activities. Human groups, today considered primitive (although there is a reasonable possibility that they are actually the worn-down remains of other civilizations, which having completed their biological cycle have been buried in an oblivion that is only scantily eased by the traditional sources who tell us of an Atlantis or a Lemuria), hunted animals and even men from other ethnic groups to procure the essential protein and calorie rich diet that freezing and glacial periods or the simple survival dictated by the instinct of self-preservation, required.

The sacrifice of the small part of the group that hunted, for the benefit of the rest of the community, must have been hard. The animals that were killed were not always harmless birds caught by rustic cobblestone nets, or using those instruments with mysterious aerial dynamics that are now commonly known as “boomerangs”. The hunters also had to face huge furry pachyderms, big saber-toothed cats, and terrifying herds of large deer and bovidae, with nothing more than wooden sticks with fire-hardened points or attached to a more or less sharp pebble, or with clubs and axes made by tying a stick to a heavy stone, rudimentarily sharpened at both extremes.

Using intelligence, a factor of human victory to this day, the human being was able to dig concealed pits on paths to watering holes, the bottoms of which were bristling with pike-like branches, and guide the terrified beasts with noisy beaters towards marshy areas or to wooded areas where, their mobility diminished, they offered safer targets for the incipient weapons mentioned above.

Once the prey was dead, sometimes at the cost of several human lives, they were bled, stripped of their skin, and their meat, viscera, and even their bones were carefully separated. Everything was used, either as direct food, or to make clothes and tents and heavy curtains that would stop the icy wind at the doors of the caves. The bones served multiple purposes, from making carved religious statuettes to making musical flutes or fine javelin tips and curved fishing hooks. With the teeth they made decorative necklaces and charms. The blood that was not drunk was used in mixture with earth and plant juices in order to make paints or inking the palms of the hands for magical purposes. In short: everything was used out of real necessity; the animal’s death had not been in vain. The wheel of Nature was turning harmoniously.

Hunting was then an obligatory, fruitful and virile activity. Given the means used, the ecological balance was not altered, evidenced by the fact that more animal species have disappeared in the last three centuries than in the preceding thousand. With the aggravating circumstance that the extinction of these animals in prehistoric and protohistoric times was due to their own natural exhaustion as well as changes in habitat and climate, and those that disappeared lately did so exclusively as a result of sport or greedy hunting by human beings, eager to please their vanities or their superstitions about the supposed aphrodisiac power of rhinoceros horns, for example.

Before the application of the expansive power of the gases resulting from the explosion of gunpowder to propel one or more projectiles – gunpowder was known many centuries before its application in hunting – and despite the fact that men had caught the diabolical taste of hunting for no better reason than to experience violent emotions or reaffirm their charisma before others, we can see them, through engravings in stones, metal and wood, as well as represented on sheets of papyrus paper, rice or fur and parchment, making a true show of bravery in many cases. Because facing a pride of hungry lions on a light chariot drawn by two horses and with no other weapons than two spears and a dozen arrows, must have been a true test of courage. The same can be said, not to abound in examples, of those who, with a strung harpoon, from a small wooden boat, attacked huge thirty-ton cetaceans.

Today everything has changed, and the so-called sport of hunting is no more than a cruel, imbalanced, and useless game against those younger, beautiful and agile brothers, with surprising home-like customs and displays of paternal sacrifice, which we call animals.

There are those who say that it does not matter if we kill them, and in whatever way, because they are irrational beings that do not have a soul. Recent research on animal psychology and behavioral norms contradict these claims, usually born of an anthropocentric demagoguery worthy of the inquisitorial judges of Galileo or of the reading of the dead letter of the Bible. It is true that the Hebrew-Christian book does not state that animals have souls … but applying the same criterion to other topics, it does not state that the Earth is a spheroid, nor that blood circulates through the veins, nor the existence of the American continent. And are we to deny these obvious things because they are not in the Bible?

Animals are not things, nor are they animated by any “thingness“; they are living beings and they are animated by life, sensitivity, emotion and intelligence… and perhaps even a soul… Just because it is not like ours, it does not necessarily mean they don’t have all of this. Anyone who has enjoyed the sweet company of a dog, a cat, a fawn or a bird knows this.

Putting a decoy so that a poor duck, moved by its sexual instinct and its ancestral desires to form a nest-home, will be treacherously killed with a vicious shot, is an unworthy act. Shooting a rigged rifle with a telescopic sight, sometimes even of an infrared type, to pierce the heart of a fawn at dusk, on its way to drink, is a crime that has nothing to do with sport.

And what shall we say about shooting live pigeons? The bird is kept locked in a box, hungry and thirsty, so that when the lid is opened it comes out blinded making a few confused flaps, to then be shot down with double-barreled weapons, when not automatic weapons that shoot a barrage of slugs, dispersed in such a way that even an almost blind person would hit the target. What pleasure, what courage can this treacherous slaughter bring to a complete man?

What chance does a deer have against a Mauser 77 with a telescopic sight, capable of firing 5 shots in 15 seconds, with bullets in the form of small missiles that chase it at 500m per second? What chance does the slow pigeon have in the face of the mass of slugs that a 12-gauge shotgun fired at it, with cartridges that run at an average speed of 360m per second? Against 40 to 42 grams of burning lead exiting under a pressure of 1,200 kg… while the “heroic” hunter comfortably pads the rifle butt so that it doesn’t even slightly hurt his shoulder, which is also protected by padded jackets. What bravery! Long live these hardened men!

Some are so cynical to say they hunt to maintain the ecological balance, and that the strongest specimens survive better. If we applied that to human beings, who practically have the same right to life as animals, we would have to “ecologically” eliminate all the old, sick and injured. Such a crazy, cruel and absurd idea should never enter a human being’s head. And who made them judges of life and death of those innocent inhabitants of our meadows and forests?

Hunting out of a forced necessity of choosing between starving or killing is legitimate. Our ancestors did so, and so do the animals themselves, because not even the fiercest of all animals, unless they are crazy from some poorly healed wound, kill for the sake of killing.

Hunting a lion with a spear and a pair of knives can be a stupid act perhaps, but one that some need in order to confirm their manliness. But doing it from a vantage point, with a rifle that shoots tracer bullets to better guide the aim, is an aberrant act of evil and madness, a cowardly and ruthless act of aggression.

We need a new education that predisposes children and young people to love animals, and adequate legislation for the historical moment in which we live, and where the right to kill cannot be bought with money. Likewise, we need associations for the defense of animals, not only domestic ones, who supervise and collaborate in the fulfillment of the laws and the protection of fauna, at a professional level.