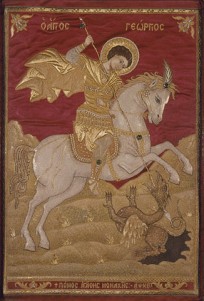 A century with no solidarity

One of the worst plagues that the twentieth century has had to bear is racial discrimination. It has not only plunged over half of the human population into oblivion and poverty, but during the periods of greatest alienation, it has also led to the systematic extinction of certain minorities. When this century sees its end, it will be remembered as one in which human beings have caused the worst harm to other human beings.

To a certain extent, being immersed in history makes us lose perspective. The inhabitants of this planet, apparently, have become accustomed to live with horror; thousands of children die from starvation every day in Africa; as many of them are murdered in South America by paramilitary commandos; undetermined numbers of them feed the networks of child prostitution in European countries; in Asia, children are degraded with doctored drugs and become enslaved, or even have some organs removed and sold. Childhood and youth, the sources which shall give rise to the twenty-first century, have become the targets of dangerously irrational attacks, and of all sorts of unimaginable perversions by mature generations who should be taking care of their youngsters’ education rather than using them for exploitation and destruction. It is pathetic to observe society’s lack of solidarity towards less favored classes and racial minorities.

At the end of the twentieth century, the worst plight one can face is to be born poor, or to be born in the “Third World”, or to be part of a racially or sexually discriminated minority. If two or three of these conditions occur, early death or exploitation is guaranteed. This is a cruel century.

In the face of so much corruption, and especially of so much cynicism on the part of states who claim to be unable to react against indifference, which is always a form of complicity, human beings have two opposed positions: a somewhat morbid one, that is to observe through the lenses of the media how half of the planet bleeds itself to death, or on the other hand, to organize themselves in civil organizations in order to denounce, react, or fight in solidarity.

State-Nations are a sixteenth century creation, which, after four centuries have begun to collapse. The State-Nation suffers a crisis, mainly because the cancer of corruption has invaded its entrails and its system is too be numbed to fight back the ailment, thus producing its gradual and inevitable degeneration. The model is no longer appropriate; it has become obsolete, but will be around for a while. In the meantime, Mafia has infiltrated and in some cases, the illegal traffic of arms, drugs and children is controlled from high positions. Some of the most deplorable violations of human rights, holocausts and appalling prosecutions have stemmed from the State: Auschwitz, Hiroshima, and Tiananmen…

Fortunately, society has reacted. Non-governmental and non-profit organizations have raised their voices against the passivity of some states and against their lack of solidarity. The twenty-first century will witness other models of political organization. In the face of so much hatred and discrimination, the power of harmony and tolerance will necessarily have to be exerted. As the philosopher and founder of New Acropolis stated, “the destiny of Humanity lies in the fraternity between people, beyond any physical, psychological or spiritual differences”.

The Challenge of the twenty-first century

Hundreds of organizations have arisen from the civil society, and are currently raising their voices against racism, xenophobia, anti-Semitism and intolerance. For forty years, the Cultural Association New Acropolis has been proclaiming values of co-existence and respect in over forty countries all around the world. Its main tenets, which are reflected in its international statutes, include the fostering of tolerance through the creation of nuclei of fraternity, beyond the races, the genders and the social and ethnic background. This has been a difficult and arduous endeavor since working against racism is not a matter of rhetoric.

Today, there are far more declarations of good will than there are real and effective achievements. From the start, New Acropolis set out to reclaim Human Dignity without any type of discrimination. This feat has not been carried out through solemn and empty declarations, but through work performed in solidarity in every continent, all around the world.

New Acropolis can pride itself for being involved in training, social aid, education campaigns for tolerance, and the defense of the planet and its ecosystem. These actions have reached thousands of people all over the world, as they are described in the yearbook. Few organizations are building upon forty years of struggle against racism and intolerance, initiating and maintaining a wide range of projects, which allow the coexistence among peoples, beyond the limitations of this tragic century, and with the assurance of its continuation in the next millennium.

At New Acropolis, we try to develop individuals’ ability to work with intelligence and solidarity. Delia Steinberg Guzman, International Director of the Association, has pointed out, while referring to the scourge of racism: “Why racism, why rejection, why the incomprehension? There is probably a lack of knowledge, which leads to instinctive rather than intelligent expressions. An in-depth study of history, of all cultures and their forms of thought, a moral education in the true human condition, and the altruistic and generous sense of coexistence, would take us away from the roots of racism” (Cuadernos de Cultura magazine, February 1997).

In the minutes of the recent General Assemblies held in different headquarters in the world, New Acropolis’ associates formally declared the need for the struggle against racism and intolerance to translate into denunciations and concrete work towards harmonious relationships between peoples. These minutes were published in the Monitor (Official Bulletin) of Belgium, where the International Association is registered.

To give more recent examples, in the Ordinary General Assembly which was held in Rome in 1990, it was decided to denounce the spirit of discrimination that has invaded Europe like a cancer (5th resolution); in the one held in Mexico, it was decided to “denounce the three most serious plagues that are destroying the world: the wars among ethnic groups, religions and cultures, which are the most serious causes of the destabilization of the planet.”

In the General Assembly held in Chile in 1995, it was decided to insist on the founding principles of the Association so as to recreate human relationships based on participation and respect for differences, in order to encourage mutual understanding among peoples. In addition, the need to help build a society with solidarity, fraternity and justice, based on dignity for all and on the recognition of the values of unity and harmony, was stressed. In 1992, in Athens, New Acropolis decided to initiate an international campaign to raise awareness about true humanist values and respect towards human beings.

In 1995, as a follow-up to the United Nations’ proclamation of the Year of Tolerance, New Acropolis joined in by launching an international campaign emphasizing that in order to fight the new barbarities, it is not enough to denounce them; it is necessary to open the routes to a new education allowing to bring the best out of each of us, so that the essential values of tolerance, fraternity, generosity and respect towards each other are not merely words, but a daily reality.

These resolutions have materialized through more than one hundred actions in the countries where New Acropolis is represented, often carried out in collaboration with other official or non-governmental organizations similarly concerned with the increase of racism. In 1996, this work was pursued as part of the Year for the eradication of poverty (proclaimed by the United Nations), through an international campaign to collect and donate books to different charity organizations, as we understand that the fight against poverty begins with the fight against ignorance, which is one of the causes of the evil of our times, and as we understand that material poverty is the result of cultural and spiritual poverty (Yearbook, 1996).

As the General Secretary of the Association pointed out, the eradication of poverty requires sustained commitment and effort among governments, the civil society, companies, as well as regional and international organizations (Report on the International Year for the eradication of Poverty, Paris, General Assembly, 1996).

In 1997, New Acropolis took part in the celebration of the European Year against Racism, through the organization, in all its European centers, of events denouncing racism and actions directed against the deterioration of interracial coexistence, stressing the threat that this deterioration poses to the survival of the human species.

Lastly, in the most recent General Assembly held in Istanbul in March, the following was declared (resolutions published in the Belgium Monitor): “In view of the constant defamation which has appeared in different media and countries, we express our most profound condemnation against any spoken, written, or visual expression which may identify New Acropolis with any type of religious or political movement ” (6th resolution of the General Assembly).

The worldwide trajectory of New Acropolis supports the above declarations through its constant activities in the benefit of Fraternity, one of the founding pillars upon which the 21st century needs to be built.