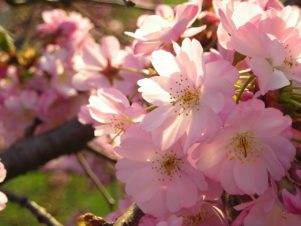 The Japanese poetic form of haiku, is a very succinct poem that exemplifies simplicity. It is one of the most recognizable and popular forms of poetry today and has travelled far beyond Japan’s shores, with writers composing haiku in Spanish, English and even Bengali as seen in the works of Nobel laureate Rabindranath Tagore. It originally developed out of a highly formal, collaborative verse called renga, popular at middle class gatherings in the 7th century. (1) The starting verse of renga, known as hokku, comprised a mere 17 onji, or “sound symbols”, and followed a traditional rhythmic pattern of three phrases each having 5 syllables, 7 syllables and 5 syllables respectively. Years later, this introductory verse came to stand its own ground and began to be known as haiku. Despite its sparseness, the haiku fosters a deep appreciation for life in all its manifestations. What is it about this concise poetic form that offers such profound insight and wisdom?

Matsuo Bashō, a pioneer of haiku and one of its greatest masters, spoke of poetry as the product of unity between a poet and an experience; the verse becomes a medium by which the poet attempts to transmit the experience. Basho says, “Go to the pine if you want to learn about the pine, or to the bamboo if you want to learn about the bamboo. And in doing so, you must leave your subjective preoccupation with yourself… However well phrased your poetry may be, if your feeling is not natural – if the object and yourself are separate – then your poetry is not true poetry but merely your subjective counterfeit.” (2) Unlike more ornamental poetry of previous classical eras, here Basho speaks of the need for the poet to be transparent, to let go the ego, the separate sense of self-identity, and especially one’s illusory feelings and sensations. In doing so, the reader might gain access to a window directly into the essential nature of the object or a moment.

It is said that many aspects of Japanese culture, including the tea ceremony, ikebana, and the Samurai code of conduct, are marked with a deep reverence for form. Some perceive the strict adherence to a precise number of syllables in haiku, or the need to include a kigo, a “season word”, that suggests the time of year, as rigid and restrictive. While modern haiku poets are more fluid when it comes to these conventions, the traditional haiku beautifully demonstrates that the form is important insofar as it is a vehicle by which to touch the essence of an experience. Stripped of everything except the absolutely essential, the poet is pushed to bring into focus the single moment with all its nuances and detail, which is lost the moment our mind dilutes it with a thought, idea or emotion. It is this razor sharp focus from being acutely conscious and whole-heartedly present in the here and now that enables the poet to express the innermost nature of an object or an experience. Perhaps this is what makes the haiku stand out from other poetic forms.

Another characteristic aspect of the Japanese tradition is its strong sense of connection to nature. A budding cherry blossom or the onset of winter is not perceived as a phenomenon that is disconnected from human values or sentiments. Every reference to nature in haiku is therefore an invitation to experience a sense of unity with that which is much larger than our individual selves. It serves as a reminder of the transience of life, and encourages the reader to align in harmony with his own changing circumstances.

the owner of the cherry blossoms

In addition to the kigo, often the traditional haiku includes a kireji, or “cutting word”, in the last line of the poem, which allows the poet to emphasize or add a completely new dimension to a seemingly mundane, everyday object or image. The kireji enables the reader to experience a phenomenon that might otherwise pass completely unnoticed. And the reader does so with greater meaning and awareness, unveiling the extraordinary which is latent in every seemingly ordinary moment.

zig-zags to the floor

It might seem like a contradiction, with a heavily structured form on one hand, and a sense of space and “emptiness”- a central tenet of Zen Buddhism – on the other. Since the Haiku originated as an opening stanza of a much longer renga, the form often gives the impression of an incomplete rhythm, leaving ample space for what is left unsaid. There is an eloquence and meditative quality to the silence that invites the reader to read between the lines and participate, evoking his own experiences, pushing him to actively perceive the richness of the poet’s expression, rather than being told what to think or feel, or where to draw one’s attention to.

This paradox of form and imagery causes a fracturing of customary associations for the reader, allowing him to let go of his carefully defined thought patterns and ideas, so as to allow the mind to become a mirror, instead of a lens. (3) Perhaps this is the crucial secret behind the ability of the haiku to deepen the contemplative sensibility for both the reader, as well as the writer.

It is evident that the haiku uniquely favors the transmission of a genuine experience for the reader, over a poet’s linguistic agility, and in its brevity demands discipline, along with a deep sensitivity and ability to unite with the world around us. The practice of haiku is therefore incorporates the art of paying attention. The wisdom that lies shrouded in its words comes not from wittiness, but from the writer’s ability to observe and express things as they are, and in the reader’s ability to grasp the inner essence of things. Like every great art form, the process of both reading and writing haiku is an outward journey, having roots that are distinctly inward.