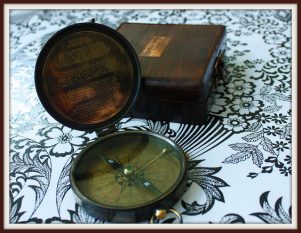 This is one of those philosophical questions that will probably always exist. There are no doubt many possible answers, but perhaps the best place to start is with the philosophy of Immanuel Kant (1724-1804).

Kant’s position on this question was unequivocal. In a world of relativities, there is only one thing that can be considered good without qualification: the good will. Talent, intelligence, wit, courage – none of these can be considered absolutely good unless they are guided by a good will.

The will always has to do with deliberate choice; so morality, if it arises from the good will, cannot be something automatic or habitual. If we will something, it is because we have decided it is good; we have chosen it freely.

But if morality is just a matter of using our reason and then deciding on the best course of action, why is it not more widespread? Because, according to Kant, human nature “is noble enough to impose duty on itself as a precept, but weak when it comes to following it.”

There is a way, though, for this situation to be improved. It is evident that the good will needs to be strengthened and, in Kant’s view, this can be achieved by following a path of duty in one’s life. He defines duty as “the necessity of action from respect for law.” By law, however, he is not referring to man-made laws, but the natural moral law that lives within us and arises from reason. It is a particular feature of the human being. Man is essentially a moral being.

Now we come to what Kant regarded as his great discovery, something that would bring about, he hoped, a similar revolution in philosophy and ethics to that which had occurred in astronomy when Copernicus (re-)discovered that the earth revolves around the sun. Kant called this the “categorical imperative”. The categorical imperative is a command emanating from the reason that we should do or refrain from doing something; it is characterised by being unconditional, without regard to any possible benefit or detriment to ourselves.

This moral imperative has two formulations. The first is probably the most famous: “I must only  act in such a way that my maxim can become a universal law.” To put it more simply, “what would happen if everyone did what I am proposing to do?” Could we make the principle of our action a universal law?

The second formulation of the categorical imperative is one that can be seen as the founding principle of the doctrine of human rights: “Act in such a way that you always treat humanity, whether in your own person or in the person of any other, never simply as a means, but always at the same time as an end.”

It seems that it is not for a lack of brilliant ideas that the world continues to be mired in mostly human-created problems. Why has humanity not collectively adopted Kant’s propositions and rushed to put them into practice?

Kant said that with increasing inner freedom would come a progressive reduction in the need for outer restraint (by governments, police, etc.). How true that is! That inner freedom is the freely made decision to live in accordance with the moral law. But as so many other philosophers have said, from Buddha to Seneca, it is so much easier to conquer a thousand enemies than to conquer oneself. It is also so much easier to raise altars to ‘consumer choice’ or ‘freedom of information’ and quietly forget about the importance of moral choice – the choice and the freedom that truly correspond to the human being.

If we want to go beyond moral relativism, we can do so by cultivating the good will, which in Kant’s formulation is as follows: “I can because I want what I ought”. In other words, the greatest freedom is to act in obedience to the natural moral law within.

“Two things fill me with ever-increasing admiration and awe, the longer and more earnestly I reflect on them: the starry heavens above and the moral law within.” – Immanuel Kant