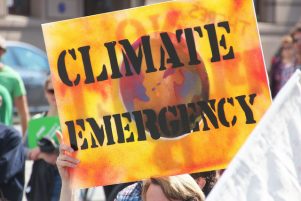 More than 40 years have passed since the original report of The Club of Rome entitled The Limits to Growth was authored by Meadows et al. The book demonstrated that an economy built on the continuous expansion of material consumption is not sustainable. It opened the eyes of many people to the environmental problems created by human activities. During the intervening four decades, several conferences and much research have confirmed the statements made in Meadows’s book, but it seems that only minor changes have taken place.

Recently, the 33rd Report to The Club of Rome was authored by Anders Wijkman and Johan Rockström. According to this, humanity is approaching a critical level in the consumption process: “we are very close to a saturation point, where the biosphere cannot handle additional stress… all signs reveal that our lifestyles and consumption patterns are on a violent collision course with nature.” The influence of human activity is having such a strong impact on the world that we may have entered a new geological age, called the Anthropocene. Major indicators of this are the higher level of CO2 in the atmosphere, large dead zones in coastal areas, melting sea ice and permafrost, rising sea levels, ocean acidification, biodiversity loss, soil degradation, increasing consumption of water and energy by a growing population.

According to the new report, we need a more holistic approach to human development, which should be based on classical values like solidarity, fraternity and unselfishness. Otherwise, there will be more and more challenges that cause more and more pain and suffering. There is an old teaching that all the animals, plants and stones are the sisters and brothers of men. So why are we destroying our family and ourselves?