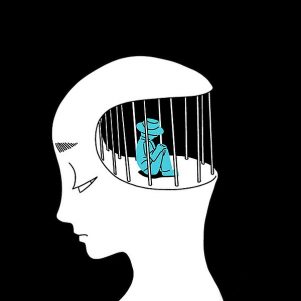 In recent years, philosophy has become more popular as a school subject because of its usefulness for teaching logic and reasoning. In some cases, the subject of philosophy has become almost completely reduced to the sole purpose of ‘critical thinking’. Which is quite funny because, apparently (according to AskPhilosophy), philosophy had previously been avoided in schools as questioning the validity of everything ‘encourages revolution’.

However, it is sad to see both philosophy and thinking being reduced to something very one-dimensional, when, in fact, they are both incredibly rich and multi-faceted. Albert Einstein, who is widely acknowledged as one of the greatest physicists of all time, made a wide range of statements about other ways of thinking. Regarding the importance we give to the rational mind he said: “The intuitive mind is a sacred gift and the rational mind is a faithful servant. We have created a society that honours the servant and has forgotten the gift.”

Imagination is another very important cognitive ability and according to Einstein: “Imagination is more important than knowledge. Knowledge is limited. Imagination encircles the world.” He also believed “in intuitions and inspirations”  and spoke about a ‘musical’ way of thinking. When he was asked about his theory of relativity, he said: “It occurred to me by intuition, and music was the driving force behind that intuition. My discovery was the result of musical perception.” He also said: “…I often think in music. Live my daydreams in music. I see my life in terms of music…”

Does it matter how we think? Yes, because our thoughts shape the world we see and which aspects of it we perceive. Imagine a tree and how many different ways there are of looking at it and thinking of it. If we were a timber merchant we might just see the monetary value of a tree on the market. As an artist we would look at the tree in a very different way and perceive many things that others might not notice. As a scientist we would look at a tree differently again, depending on our special interest. Now imagine standing in front of a tree in a state of poetic reverence – would this poetic kind of thinking not open both your heart and your mind?

Perhaps we have created many problems and a lot of unnecessary destruction by giving too much importance to logical or analytical thinking, without giving due consideration to other equally important ways of thinking. After all, the engineers of Auschwitz or the bombs that destroyed Hiroshima, etc., were probably very good at reasoning. But there is a polarity in everything that exists and I believe that purely rational thinking needs to be balanced out by a thinking with the heart…

Poetic thinking does exist, by the way, and there is even a Stanford University course on poetic thinking. Its value is beautifully described by these often quoted words of Antoine de Saint-Exupery: “It is only with the heart that one can see rightly; what is essential is invisible to the eye.”

So, maybe it’s time to understand philosophy and ‘thinking’ again in a much wider and deeper sense, as something that includes the rational and the intuitive, the logical, the analogical and the poetic. Something that enables us to become moral human beings and to get closer to wisdom and to the mystery of life. Plato writes in the Theaetetus: “Thinking is the conversation which the soul has with itself.“ And the philosopher Jorge Angel Livraga once said: “Philosophy is a music made by the soul in the silent dimension of the invisible.” “What we think, we become”, said the Buddha…