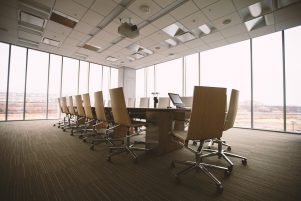 When we look around our world today we see an evident change in the last 50 years. Since the post-war reconstruction era that drove mass industrialisation and development of the economies of Western Europe and America, the focus has gradually shifted to developing economies and the flow of wealth has started reaching the shores of lesser developed nations who have started making rapid economic progress. With this progress however, also come some pitfalls; some so grave that they resulted in the recent burst of the economic bubble. Amongst other
examples, we have seen the domino-effect of the subprime crisis, and are witnessing an ailing Eurozone.

Technology has advanced exponentially. In the 1960’s I would have handwritten this article or used a typewriter, and relied on access to a library as my reference point rather than the internet. Corporate businesses have grown, and the list of Fortune 500 companies has seen significant shuffling, with companies elbowing each other to grow by leaps and bounds. Pressure from shareholders has increased, forcing businesses to demonstrate more profitability, sometimes fuelling unethical practices, corporate fraud and cases of corruption initiated in the boardroom. A global economic crime survey conducted in 2014 by global consulting firm PWC reported that one in every three organisations reports being hit by an economic crime. (1) And we ask ourselves, “Where and when will this greed stop?

These recent developments reiterate the need for philosophy to be introduced into boardrooms and businesses. Whether one refers to biographies of the world’s most famous business tycoons, or to research conducted by Ivy League business schools, it is consistently shown that the business empires that have grown from fledgling set ups have been built through resilience and persistence of inspired leadership. But above all, was a firm grounding in philosophical principles; honesty, integrity, a deep sense of social responsibility and care for the environment.

Unfortunately today someone admitting he has a degree in philosophy might be laughed at or perhaps he might even be chased out of the boardroom, in the same way that a scientist who claimed that the earth revolved around the sun would have been chased and executed during the Middle Ages.

But we must look at what philosophy truly is, beyond a mere academic subject with little applicable value. If taught and practiced in the true sense, it could change the way we live and do business. Philosophy in its basic sense is the love for wisdom. I repeat… wisdom…not love for knowledge. This means that the first pillar of philosophy is practicality and the ability to effectively apply knowledge, which allows it to transform into wisdom. It is almost like having a knife and deciding what one choses to do with it. In the hands of a skilled surgeon this would have the potential of saving a life on an operation table, while in the hands of an extremist it has the potential of destroying life.

The first thing that philosophy promotes, even if in just an academic sense, is to think, to ask questions: why, when, how, what if? When one starts to ask the right questions the search for the right answers follows suit. Through this, Philosophy drives an inner search, causing the questioner to refuse to accept any dogma just because everyone else says so.

Let’s look to the example of Apple, which in the past few years has been repeatedly rated as the world’s leading innovative company. Founder Steve Jobs is known to have pushed designers, developers and his top team to begin projects with the question: “Why do we want to do this?” Finding answers to these questions eventually led to some of the most innovative products made by Apple. In a sense, the answer, the vision, already existed within Jobs’s team. All he had to do was to extract it, in order to give it expression, much like the Socratic method of extracting truth that was believed to be innate in each human being. The philosophical premise of a company, thus extracted, becomes the platform upon which to discuss new ideas and encourage innovation.

Stoic philosophy is a great example of practical guidance on a fulfilling way of life, of happiness and of efficiency. The Stoics presented their philosophy based on self-control, meeting hardships as a way by which to grow, and accepting the fact that there are things beyond ones control, which one cannot change. Roman Emperor Marcus Aurelius is said to have lived his life, even as a Ceasar, adhering to stoic principles, as evident in his memoirs Meditations (7.54):

“Everywhere, at each moment, you have the option

Clearly, these principles are applicable even in our own times. Today, however, a professional Management Guru or Productivity Consultant is paid outrageous sums simply to re-package and present these timeless values.

Dealing with business problems by aligning to a company’s vision and values is also what we may call in business terminology the ‘culture’ of an organisation. Intrinsic values that the firm has developed and sustained throughout its history, becomes the ‘normal’ way of doing things. When the work culture addresses principles such as equality, fairness, honesty, corporate social responsibility, community development, and inclusiveness of all stakeholders, in the long run it often overcomes adversity. Yes, company board rooms can make detailed strategic plans, but as shared by Peter Drucker, “Culture eats Strategy for breakfast.”

As a business professional in the boardroom, one is expected to deal with hardships that come with the peaks and troughs of a business life cycle, with the ripple effect of the economic scenario, labour issues, and supply/demand dynamics. In business school one is taught to plan for backup scenarios, and be resilient. In most cases, it is well within the ability of the leadership to pull a company through economic crises. Examples such as Lee Iacocca of Chrysler, or Isaac Perlmutter of Marvel Comics, demonstrate steely grit and determination. Circumstances may change, but the conviction that what they were doing was right eventually saw them through and created business turnarounds that are being taught as case studies in business schools.

Perhaps this unrelenting devotion is not unlike that of Socrates, who even at the age of seventy refused to give in to fabricated accusations of impiety. Even in the face of the capital punishment, he is said to have remained steadfast to his principles and in his integrity. As if resonating with this sentiment in his own time, Marcus Aurelius reflects on the need “to be like the rock that the waves keep crashing over. It stands unmoved and the raging of the sea falls still around it.” (2)

Plato wrote that “there will be no end to the troubles of states, or of humanity itself, till philosophers become kings in this world, or till those we now call kings and rulers really and truly become philosophers, and political power and philosophy thus come into the same hands.” (3) Since the kings of our capitalist world are our business men, perhaps it necessitates that we revive philosophy in light of commerce.

Philosophy can foster a deeper understanding of oneself as a human being; his purpose and his role as part of a larger collective. Through this understanding, one can begin the investigation of timeless ethics, justice, and the common good. The classical understanding of ethics is said to require unity of thought and action, regardless of external circumstances. Standing by ethical principles, many leaders choose to do the right thing, even when times are tough and it may cost the business its bottom line. A former Tata Group chairman once explained that the group decided not to refloat an airline as they refused to pay bribes for getting the necessary clearances.

In July 2007, a former Global Banking CEO Charles Prince defended his bank during the subprime crisis by saying, “As long as the music is playing, you’ve got to get up and dance…We’re still dancing.” I sometimes smile to myself and ask, if he had a philosopher as his personal advisor maybe things could have been different. Alain de Botton, writer and director of The School of Life, suggests that although it may seem that business today is distanced from philosophy, large corporations should consider looking at appointing philosophers to company boards. These philosophers would guide product innovation, and customer relations from an emotional, psychological, or even spiritual standpoint. (4)

Aristotle’s work and ideas around leading a fulfilling life are similar to what today is spoken of as motivational theories based on Intrinsic and Extrinsic motivators. Alain de Botton in a podcast with Tim Ferris on Fourhourworkweek.com said, “We’re not very good at understanding what it is that we really want. We’re extremely prone to latch onto suggestions from the outside world.” One needs to ask the question: what is it that I want to achieve from my business? A depth of reflection in response might drive the way businesses are run and may guide its strategy, its ideals and culture. If organisations are able to extract the essence of what drives its people it will be able to harness the full potential of their creativity and effort.

Finally, it is relevant also to highlight Aristotle’s views on excellence: “Excellence is never an accident. It is always the result of high intention, sincere effort, and intelligent execution; it represents the wise choice of many alternatives – choice, not chance, determines your destiny.” (5) Good intention without action is fruitless, while lack of intelligence leads to a waste of resources, costing both time and money. So the right balance of intention, effort and intelligent execution leads to business excellence as well. As Steve Jobs put it, “I want to put a ding in the Universe…Being the richest man in the cemetery doesn’t matter to me. Going to bed at night saying we’ve done something wonderful, that’s what matters to me”. (6)

Today unfortunately, the philosopher-businessperson is an extremely rare combination. Most company boardroom leaders operate on an accounting year basis which may not necessarily take into account factors beyond the balance sheet. Today, at least in India, corporate social responsibility has become almost mandatory, and companies must change the way they respond to different issues like climate change and sustainable sourcing of raw materials. But we must realize that isolated efforts will not change the world. What is needed first is individual change, each and every one of us, employees and business leaders. Only such an inner change, resulting in a transformed attitude towards life, will cause a reassessment of our priorities. When leaders and business owners become philosophers, their choices will be guided by philosophical and ethical principles. And perhaps then, our duties to the planet will gain priority over shareholder value.