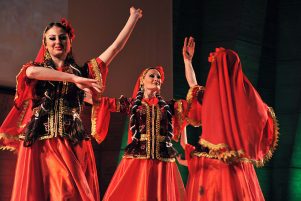 We all are cheered by days full of the renewing energy of spring – a beautiful time when nature awakens, the days become longer and everything living rejoices.

There is a special time in the year when the Sun is exactly above the equator, hence the Earth’s axis neither points toward nor away from the Sun and day and night are approximately 12 hours long everywhere on Earth. This is known as the equinox, which comes from the Latin “aequus” – “equal” and “nox” – “night”. There are two equinoxes: Spring (between 19 and 21 of March) and Autumn (between 21 and 23 of September). Astronomically, in the northern hemisphere, spring starts from the moment of the spring equinox, after which the Earth’s axis tilts toward the Sun and the days start to get longer than the nights.

The spring equinox is also a special festivity connected to the yearly cycle of the Sun and the renewal of nature, as well as to spiritual resurrection. Traditionally, the equinox and spring mark the renewal of the world and of life. It is the time when a hero or a god overcomes the darkness of the underworld or death and comes out into the light of life.

Thus, the Persian New Year festival of Nowruz falls exactly on the Spring Equinox. It is an old festivity with Zoroastrian roots. At the New Year, the world that was created in mythological time is reborn. It transforms from an aged, worn out world into a new one and reclaims its characteristics of life, light, health and fertility, as well as its order in accordance with the principles of a Cosmic Order.

In ancient Rome, before the times of Julius Caesar, the new year started in March and, during the spring equinox, the ancient Romans celebrated the Quinquatria – old Etruscan festivities honouring the goddess of wisdom Minerva. The Roman poet Ovid tells us that it was a celebration of Minerva’s birthday. Other authors mention that on that day in ancient times Minerva’s temple on one of the sacred hills of Rome was consecrated.

In ancient Greece and Rome, there was another celebration connected precisely with the spring equinox – although it originally came from Phrygia – the mysteries of the Great Mother Cybele and her son Attis. The celebration lasted a whole week and it was on the spring equinox, Hilaria – the day of joy – that Attis was resurrected after his death.

According to Jewish tradition, God made the sun, moon and stars on the fourth day of creation. The Talmud explains that the Sun was created in its spring equinox position and returns to it every 28 years. There is a blessing that is recited every 28 years to express gratitude to the Creator for the Sun.

In Japan, at the time of both the spring and autumn equinoxes, Buddhist followers celebrate O-Higan. Etymologically, it means “the other shore” and is a reminder of the impermanence of everything in this manifested world, and the need to cross the river of existence and reach the Pure Land of Bliss. In this way, it is connected with the spiritual move from the world of suffering to the world of enlightenment.

There are many more festivities in spring, calculated on the basis of the spring equinox and the lunar calendar. Among others we can mention the Celtic Beltane, the Babylonian New Year, Passover, Easter, the Tamil New Year and the Latvian Lieldienas.
All the above mentioned celebrations and many more connected with spring include different beautiful rituals, especially of purification, that help to manifest the sacred time of the festivity and enable us to reconnect with the meaning of that celebration.

As living parts of nature ourselves, let’s open our hearts to the spiritual sun and grow and blossom together with the spring.