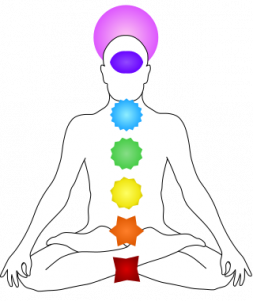 In a previous article, I introduced the topic of the esoteric constitution of man and I looked at the Western tradition. In this article, I will look at the same topic but from the perspective of the Eastern tradition. I will introduce some of the Sufi, Hindu and Taoist classifications of man’s spiritual constituents. Before I start, let’s remember the fact that most of the concepts presented embrace such a wealth of meaning and comprise such a span of time that they cannot possibly be made ‘transparent’ in such a brief article.

The Sufi tradition, which is considered the mystical and esoteric dimension of Islam, has a very rich and varied body of teachings. It also shows a very eclectic approach to knowledge, in which the basic Islamic teachings have been enriched and enhanced by Greek, Hebrew, Persian and Indian thought.
Sufi teachings have many references to the idea of man as a multiple being. We find for instance, the concept of al-Laṭaʾif as-Sitta, translated as ‘The Six Subtleties” or the six psycho-spiritual centres of man. As a starting point, I am going to use the well-known poem by Rumi, I Died as a Mineral1. In it we find references to man’s many ‘souls’ and many levels of spiritual ascent.
The first three souls mentioned in the poem are: the mineral soul located in the skeletal system; the vegetable soul located in the liver and related to the digestive system and the animal soul, located in the physical heart and connected to the circulatory system.

Next we find the ‘personal soul’, related to the term Nafs (loosely translated as personality or lower self). Nafs is said to be located mainly in the brain and is related to the nervous system. This is also the location of our ego. The nafs is that dimension of man which stands between the spiritual or divine realm and the physical body. This is man’s battlefield, in which the spiritual struggle or combat is waged against the downward-pulling tendencies of the animal soul and his egotistical desires.
Another important centre of consciousness, also related to jihad (‘inner war’) is Qalb (the heart). This is where the yearning spirit confronts the downward pulling of the lower self. The battle is fought between these two adversaries in order for one to take possession of the precious heart of man. The greater the purification of the heart, the more receptive it is to the irresistible attraction of the divine spirit within.
This ‘heart-centre’ is often to be found as a synonym of ‘intellect’, not in the sense in which this word is misused today but in the full sense of the Latin intellectus, that is, that faculty in man which intuits and discerns. This is the seat of the Human Soul. It is interesting to note that the ordinary faculty of reason, called Aql, derives from Iqal, which means fetter. For the Sufis, the intellectual reason fetters man, preventing him from attempting his spiritual ascent.
Next, there is the Secret Soul related to the term Sirr, which is that part of us which remembers God. This soul is the one that knows where it came from and where it is going. Sirr is probably related to another two terms: Khafi (called the innermost secret), loosely translated as intuition and located in the middle of the forehead (between the eyes) and Al Akhfa, that ‘point of unity’ in every human being where the Tajalliat (beatific visions) of Allah (God) are directly revealed.

Finally, we have Ruh or the soul of the soul. This is the centre in which man is ‘attracted and drawn back to its Divine Source’. It is the pure divine spark within us.

Let’s now look at the Chinese and more specifically at the Taoist tradition. For the ancient Chinese, change and transformation are the defining characteristics of the cosmos. The human being, is also in a continuous process of becoming, while participating in the incessant interplay of two fundamental and complementary principles, Yin and Yang. Their dynamic movements are bound together by the pervasive power of Qi or Chi (vital breath or force).

This basic interplay of Yin and Yang gives rise to the concept of Hun, the lighter aspect of the human soul, which is connected to Heaven (yang) and Po, the grosser human component connected to Earth (yin).

Within Taoism, we find different models or representations of the human being. For instance, there is a political model, where the human being is likened to the administrative and bureaucratic system of the state; a theological model, which sees the whole human body as the residence of inner gods visualised and nourished in meditation; and an alchemical model, where the elements of man’s subtle constitution are seen as the ingredients and compounds needed for the alchemical work of inner transformation.

The Taoists say that the Tao gave birth to three main components (called the Three Treasures) in the cosmos and in the human being. One component is Jiing, the material basis for the physical body. It is described as an ‘essence’ which, after birth, is stored in the kidneys. Another component is Chi, the vital or energetic force which, through a ‘chi field’ made of subtle meridians, is distributed throughout the body. The third component is Shen. Shen can be understood as the centre of the conscious man and his psycho-mental apparatus. It also refers to the concept of ‘person as a whole’, as found in expressions such as xiushen “cultivating one’s person”.

There are a few more interesting concepts to mention. Ti refers to the ‘body’ and its biological systems. The xing, or the ‘mould’, is that which gives form and individuality to the physical body and the xin or heart-mind. For the Chinese, xin is the centre of emotions, of cognition and the possible link to the higher faculties of intuition and understanding.
India has perhaps the oldest and richest tradition of teachings connected to the subtle constitution of the human being and in it we find a plethora of schools and systems. Due to their intrinsically esoteric and sacred character, many of these teachings have been subject to all sorts of distortions and misunderstandings. Not to mention the fact that due to the New Age phenomenon, those ideas have often been glamorised, over-simplified and ‘materialised’ to the point of being ridiculed. We need, for instance, just to look at the popularity that a concept like that of the Chakras has recently acquired.
I will start by mentioning the most metaphysical of the Hindu concepts, that of Atman. Atman originally meant “essence or breath” and we can see its similarities with other ancient concepts like the Greek Pneuma and the Latin term Spiritus. In this context, Atman can also be understood as a sustaining and vibrating ‘tone’ at the core of every being.
In Hindu Philosophy, Atman is regarded as the true self of an individual, the innermost essence of each and every human being. In some Hindu traditions this true self was given a universal character and it was understood as identical with Brahman or Universal Self.
This Atman (‘tone’ or ‘breath’), which resides hidden within each individual, has to be made, as it were, manifest through the various ‘bodies’, which constitute the totality of a human being. These ‘bodies’ or vehicles of consciousness have being given different names: sarira (“body”), kosha (“sheath”), vahana (“vehicle” or “vessel”), etc. In the system found in the Upanishads, they have been visualised as the layers of an onion covering the Atman.

In this system, the outermost layer is known as the Annamaya Kosha. This is the physical or biological body. Living through this layer man identifies himself with a mass of skin, flesh, fat, bones, etc. The next sheath is the Pranamaya Kosha. This is the vital or energetic (from prana, energy) body, which is considered to contain all the vital functions. As long as this vital principle exists in the organisms, biological life continues.

Then comes the Manomaya Kosha. This ‘mind’ (from the Sanskrit manas) sheath is related to our ordinary state of consciousness. It therefore includes the concept of personal self and personal desires (kama in Sanskrit). It is the cause of diversity, of I and mine. Mind itself is considered to be neutral and also dual. It can therefore fluctuate towards the lower ‘regions’ of personal and selfish desires or be attracted towards higher regions of pure thought. Indeed, the next sheath mentioned is the Vijnanamaya kosha. This is related to the proper intellectual and discriminative faculties of Manas or higher mind and thought.

The subtlest sheath, the vehicle of higher and more universal consciousness, is the Anandamaya kosha. This is the ‘body’ of bliss (ananda), which is the innermost of all. In it, the mind and senses cease functioning and the individual is ‘awakened’ to the reality of Atman. This level of consciousness is therefore related to the concept of Buddhi (from the root budh: to be awake, to understand, to know).
Agostino Dominici