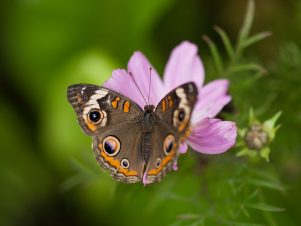 In the ancient civilizations there was an approach to nature in which all beings were considered to be connected in a harmonious way. Stones, plants, animals, humans and divine beings were all part of Creation and the awareness of the thread that united them was more present in the minds of those who lived in those times. The acknowledgement of certain hidden properties in plants, the use of nature as a powerful symbolic language and even a belief in guiding spirits that were like the manifestation of a ‘soul’ within the vegetable kingdom weren’t considered foolish ideas. I wonder how much of that we still share today in our society and, if very little, I wonder how long it will take us to realise the wisdom that is concealed in the world that surrounds us. Mythologies often address the power of nature, showing somehow the early human interest in protecting the environment.

A few weeks ago it was the Spring Equinox, which is one of the manifestations of the law of cycles. But it is also an invitation to be reborn. The ancient Egyptians venerated the sun god Ra, who was thought to journey across the sky during the day and sail through the underworld during night time. And every morning, the sun emerged in a kind of resurrection after its battles with the forces of darkness.

Nowadays many are the species that are declared extinct; many are the news reports about natural disasters around the world that encourage us to become activists in ecological issues. Sadly, we have forgotten that we are part of nature itself, but let us not forget that we can also be reborn, like the sun, to shine more brightly and generously, and to awaken the great potential that is unknown to most of us.