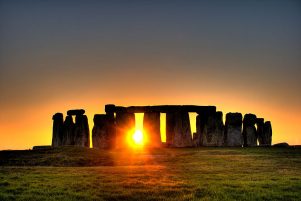 The period between the 20th and the 22nd of June is the Summer Solstice. “Solstice” is Latin for “sun stands still”. In the Northern hemisphere the sun reaches its most northerly position and we experience the longest day and the shortest night. The summer solstice is often associated with change, nature and new beginnings, a time when people celebrate the Sun and life. Many cultures throughout the ages have celebrated this day with feasts, bonfires, picnics, and traditional songs and dances.

Some of these celebratory festivals included Litha, Midsummer or St John’s Day, Kronia and Vestalia. In ancient China the summer solstice represented the “yin”. In ancient Egypt, it preceded the appearance of the star Sirius, heralding the beginning of their new year, just before the season of the Nile’s flooding. In Greece the festival that coincided with the solstice was called Kronia, and honoured Cronus the god of agriculture. In Rome, this period coincided with the festival of Vestalia, which honoured Vesta, the goddess who guarded virginity and was considered the patron of the domestic sphere. In ancient Gaul the celebrations were called the Feast of Epona, named after a mare goddess who personified fertility and protected horses. In ancient Europe during Litha they used to roll giant wheels that had been set on fire into bodies of water to symbolize the balance between fire and water. Finally, Stonehenge is believed to have been erected to establish the date of the Summer Solstice, and the Teotihuacan Temple in Mexico is also orientated according to the sun’s passage.