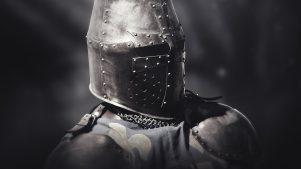 I am imagining depicted on a Renaissance tapestry the scene of a ‘battle’. This tapestry is woven together by four threads or themes: war (and the warrior), initiation, Kali Yuga and askesis[1].

War and the warrior

Since the beginning of recorded history the theme of war has always occupied an important place in the minds of human beings. The figure of the warrior itself has being perceived and portrayed in many different ways. We find moments in history in which it has been exalted and other moments in which it has fallen into a state of anonymity.

By studying the spiritual and philosophical traditions of ancient peoples, I have discovered that “the way of the warrior” was just one of the many ways which led to wisdom and spiritual realisation. However, in order to rediscover the spiritual perspective of war, it must be first purified from all its negative and sinister elements. All those elements that pollute its authentically heroic features, which are synonymous with nobility, justice, mercifulness, magnanimity and luminosity. These martial[2] characteristics and virtues are incompatible with those deplorable manifestations of war (i.e. what is brutal, cruel, cynical, selfish, etc.) which have been growing strongly with modern warfare. Thanks to its sophisticated technology and a blind mechanisation, modern warfare has emphasised the most nefarious and negative aspects of war, thus distorting its symbolic, philosophical and sacred dimension.

The ancients saw war as the natural continuation of a metaphysical struggle which took place on an invisible plane. A metaphysical struggle between chaos and order, darkness and light, the untamed animal nature of man and his spiritual counterpart. And perhaps is not a coincidence that in the past, the combination of spiritual and martial perspectives has often been emphasised.

Why was a work like the Bhagavad Gita, which has inspired and guided spiritual seekers for centuries, set on a battlefield?  Why are the early Buddhist writings replete with a language which could better befit a martial arts manual[3]? Why was the ‘quest for the holy grail’ undertaken by knights in armour? Here I could also mention the fruitful marriage between the ‘way of the Samurai’ and Zen Buddhism and also all those philosophers (such as Socrates, Xenophon, Antigonus, Marcus Aurelius, etc.) who served in or even commanded armies.

Evidently this topic has always lent itself well to a philosophical reflection. The philosophical aspect of war I want to highlight here is that of the ‘inner battle’ (also called ‘the Greater or Just War’), the battle which the human being faces against his internal enemies. Enemies which prevent him from overcoming his animal or ‘lower nature’. Many of these enemies can be identified with fear, the instinct of self-preservation, attachment to biological life, attachment to possessions, to the pleasures of the senses, to material comforts, etc. This type of ‘war’ has always accompanied us because the human being partakes of two ‘opposite natures’, what Plato and Aristotle called the appetitive and the rational soul.

An important element which underlies the path of the ‘warrior’ is that of initiation. Whether we speak of initiation in a tribal or warrior context or in the tradition of the Ancient Mysteries, its fundamental message remains the same – a direct confrontation with death. Ancient initiations were always centred on an inner process of death and rebirth.

The two ancient Greek terms that best explain the concept of initiation are: telein (to complete) and teleutan (to die). Why is there such a close connection between ‘initiation’ and death? Why does Plato tell us that “in truth those who practise philosophy correctly practise dying[4]”. In the so-called tribal initiations (also known as rites of passage), the young teenager had to experience, in a kind of laboratory setting, the condition of death. But why such an extreme ordeal? By overcoming such a trial and enduring such an intense crisis, a ‘germ’ of immortality could manifest within him. The young boy (or girl) would for a moment come to the realisation that there is something within himself which transcends space and time. Something which cannot be touched by fear, pain, suffering. Like with a near-death-experience, this would have been such a radical experience that his whole life would have been turned upside down. His attitude to life and his ethical values would have acquired a new quality and a higher purpose.

Unfortunately, in today’s world there are no initiations anymore. Any form of initiation has been forgotten and almost all possibilities for entering into a more direct relationship with one’s existential reality has been systematically removed. Confrontation with one’s own mortality has also become complete taboo but interestingly enough, extreme sports are on the increase!

Putting aside the idea of having to face death, what is the role of trials (or initiations)? What is their objective? A trial takes us away from our comfort zone, our familiar context, our repetitive pattern of behaviour. A trial makes us aware of our limitations but also our best virtues. It also gives us the opportunity to unfold our latent potentials and to make us grow. Finally, a trial brings us face to face with our existential condition. It helps us discover our deeper convictions and the meaning we give to life.

In an engaging essay titled Is the Modern Psyche Undergoing a Rite of Passage? The cultural historian Richard Tarnas entertains the idea that humanity as a whole is entering a stage of collective crisis on all fronts: ecological, economic, political, existential, spiritual. A kind of death-rebirth process similar to a rite of passage.

The possibility of an all-embracing crisis of inner transformation at the end of a historical period reminds me of an ancient teaching in which time and history were seen unfolding in cycles[5]. Each cycle has its own intrinsic quality and some cycles are more challenging than others. The last of a series of cycles has been known by various names: Kali Yuga, Iron Age, the Age of the Wolf, etc. This last cycle is characterised by a mood of universal destruction where everything seems to precipitate into a state of free fall and chaos. Time itself is compressed and the pace of life seems to increase exponentially. This situation brings greater uncertainty, collective fear and anxiety, a loss of inner balance and self-control. If we look at our current world situation, it seems to me that deep inside, humanity is really falling prey to a nameless fear, an increased sense of vulnerability but also a lack of meaning and direction to its existence. Are we really heading towards a collective Dark night of the soul ?

Ultimately, especially for the inner warrior, the Kali Yuga (or any other moment of collective crisis) represents a dimension of inner awareness and an opportunity for inner growth. Some individuals will live through challenging times with no awareness of their importance while others will perceive them as a propitious time for engaging, through the means of askesis, in an ‘inner battle’.

Askesis, implies an active engagement with life’s challenges and a martial attitude which is not afraid of facing difficult situations. Askesis is a constant practice directed towards mastering oneself, overcoming personal limitations and discovering one’s inner strength.  Mastering the mind, our most powerful tool, and protecting what is really precious in life, this is the ‘way of the warrior’.

Article References
[1] A Greek word which refers to self-discipline practised as a means to spiritual growth. The equivalent in Sanskrit is Sadhana. [2] Pertaining to war or combat and related to Mars, the Roman God of war. [3] See for instance the Suttanipāta or the Majjhima Nikaya. It is also interesting to note that an early title given to Shakyamuni Buddha was jīna: the conqueror or victor. [4] See Plato’s Phaedo, 67e. [5] Examples of this are the Hindu theory of the Four Yugas, Hesiod’s Five Ages, Ovid’s Four Ages and the Ragnarök stories in Norse Mythology.
Tags: Askesis, Initiation, Kali Yuga, mind, war, warrior, wisdom