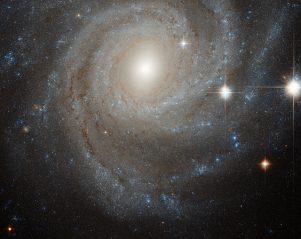 By investigating some ancient traditions from various places and various historical periods, it appears that the suggested path of man’s development is synonymous with the principle of Unity. The search for Truth, a higher reality, has often been presented as an ability to overcome the illusion of separation which causes man to act in contradiction with his own true nature as an integral part of the universe.

The cosmogenesis and cosmographic teachings of civilizations like Ancient Egypt, Mesopotamia, Greece, India and the Pre-Columbian cultures, to name but a few, share some common fundamental principles. This does not eliminate the value of each tradition’s uniqueness and points of view. Instead, it may offer us most valuable perspectives, to conduct our own indispensable investigation. Observing the fundamental similarities between various traditions requires great attention, as it may reflect the common truth they were all able to connect with, or perhaps even suggest a common origin of their knowledge. The constitution of man, and the universe as a whole, has often been described as a mysterious combination of an eternal reality and a transient reality. Man is seen as a reflection of the whole, a microcosm of the cosmos, fundamentally governed by the same laws of nature.

Several mythologies and associated ancient teachings, describe the process of creation as a process of limiting the unlimited, by giving it shape and borders, a transition from the formless (in India known as the Arupa) to form (Rupa). The unlimited ocean full with all of life’s potential (like the Nun of the Ancient Egyptians) gives birth to the first island from which creation emerges. The process of creation has also often been paradoxically described as the transition from the one to the many, from unity which expands to multiplicity, without ever losing its original oneness.

Several schools of thought in ancient Greece, India and Rome, to name only a few, speak of the cosmos as a macro being, one life, of which man, whether or not he is aware of it, is an integral part. Man’s own development is therefore a reverse voyage from the multiplicity and separation, back to the unity of life. This voyage of consciousness is often symbolised by an ascent to a unifying point: the peak of a mountain, the centre of a mandala, or the axis of a pyramid. It is a spiritual voyage that takes us inward and upward, from the many to the one, eliminating the web of illusion that allows us to see only a fraction of reality, consisting only of the segregated and separated. It is a voyage that, symbolically or not, marks the death of the separate identity and re-birth to a new identity, the drop that returns to the ocean of which it has always been a part, although not very aware of it. The Hindus speak of Yoga as a path of unity with oneself, with the teachings, and fundamentally with Life itself (Prana Jiva).

Man’s awakening to the unity of life is therefore a transformation from mortality to immortality, from ignorance to true knowledge, and if we understand Truth as synonymous to the totality of reality, to the one life that is the universe itself.

Our modern perspective is accustomed to segregating everything, each element of life by itself, separating each from the whole. It is as though we isolate a leaf from a branch, forgetting the existence of the tree as a whole, or even the whole forest of which it is a part; not as a sum of its parts, but as an entity in itself!

This remarkable possibility is exactly what many ancient traditions suggest. If their observations were right, time cannot make dim their teachings; they are as vital to us today as they have always been.

Our ancestors may have had very little understanding of the great knowledge and technological development of our times, but if they were right in their fundamental observation of life, they had a definite advantage of knowing the essential!

Put simply, to know how to survive in this world well, how to enrich it with comfort and health, but to forget the WHY of life, doesn’t really make much sense.

The search for unity encompasses several key principles; one being the search for Truth, or Wisdom. What is truthful must also correlate with a global view of life. A partial observation, unlinked to the whole, inevitably leads to a false understanding of reality and un-sustainability. “Only truth triumphs!” whisper the texts of antiquity, reminding us that what is not aligned with truth will not sustain. We may add to this, “That which remains separate, will eventually perish.”

In unity with life we shall find justice, as suggested by the great Stoic philosopher, Marcus Aurelius: “That which is not good for the beehive cannot be good for the bees.” If the individual is ultimately a part of a greater life, how can his own good contradict the good of the whole? On the contrary, that which separates us from the whole is the prime cause of unjust deeds, and their unethical motives. The ethical way of life must be the result of one’s own consciousness and identity. Between being ‘part of everything’ versus ‘separate from anything’, emerge completely different roads leading to different thoughts and actions.

We speak so much today of the need to find a sustainable way of living with Nature, an ecological system that would preserve the essential natural balance that ultimately supports our own life as well. Many care for nature and dedicate their time to find solutions to this great challenge of our times. Recent approaches seem to come close to those of antiquity; seeing the world as an integrated living organism that depends on the balance and harmonious contribution of all the kingdoms of life.

But ultimately, the knowledge of our environment, which is ecology, depends on man’s level of consciousness and his prime identity.

How can man protect nature if he forgets that he is essentially an integral part of nature? If he is blind to the fact that he is a non-separate part of nature, is he not bound to damage his environment, no matter how good his intentions may be?

The search for unity takes the individual beyond the realm of time, beyond the false borders of mortality. It follows the ancient schools of thought by resonating with the idea that man is an eternal soul, simply wearing different masks through time, but is ultimately defined by an inner entity, beyond the realm of temporary appearance. The Individual self, as seen by the ancient Greeks, is the inseparable part of man. It is exactly there that the mysterious link may be found – within man himself, within his inner world – the doors that connect him with the whole can be opened wide. A mysterious connection between the subjective and the objective is suggested, where the illusions of separation can be shed and a True Fraternity can be formed; a Fraternity of all men and women, and with all other forms of life. Such a wonder that within us, by paying attention to our inner world, we can unite with the universe around!

Establishing unity is to build a great Harmony with life, within and without, to revive the hidden link between the smallest and the largest, the drop and the ocean, as one.

There inside, by stepping on the tips of our toes, may we humbly catch a glimpse of the truth that life is always one. There we may find the bond with those who speak of great Beauty, the great thinkers and artists; with profound love they write their timeless poetry, using words and sounds. We can echo their hearts as we observe the same incredible life they were enchanted by, because ultimately we are, and always have been, ONE.