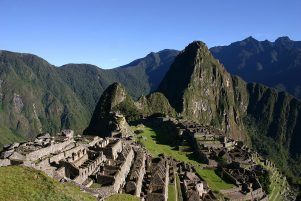 It is a fact that mankind has lost and rediscovered knowledge in its short known history. Especially after the fall of a great civilisation such as the Egyptian ancient dynasties or the Roman Empire, we notice a decrease in the quality of life which is partly a result of the loss of a previously known technology. Mankind then undergoes a “Middle Ages” until it rediscovers what it has lost previously or at least partially.

Even nowadays there are only a few written traces and archaeological findings to help us reconstruct our past history. So would it be so unconceivable that a great civilisation existed before the last ice age and disappeared beneath the sea somewhere or was destroyed by another cataclysm?

Plato, in western Europe, and the Mayans, in central America, both mention the existence of a great civilisation that flourished in the middle of the Atlantic ocean on a very large island more than 10,000 years ago. And this civilisation disappeared with its island when it collapsed, probably due to a huge cataclysm. Only some of its colonies survived in America (Mayans, Toltecs, etc.) and Europe (Egyptians, Crete and pre-Celtic civilisation).

There are still many archaeological finds that don’t make sense even if we convince ourselves that we know everything there is to know. But such finds (Easter Island, the Great Pyramid of Giza, etc.) would make more sense if they were the remains of a very old and lost civilisation.

It is one of humanity’s biggest flaws to take what we have for granted and to think that we know better than before, forgetting on the way the lessons of history.