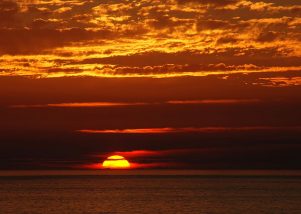 Many hundreds of years ago when the Romans ruled over vast territories in Europe, a man from Treveri (Trier, Germany) named Peregrinus embarked on a long journey to Aquae Sulis (Bath). The gods were merciful to him and, upon arrival, thankful Peregrinus erected an altar stone to Nemetona and Loucetius Mars, to the Mistress of a Sacred Place and the Master who Brings Light. His ancient message preserved his reverence through time.

No legend survived about this divine couple worshiped by Celts. However, many other altars and inscriptions dedicated to them were found mainly in northeastern Gaul.

Nemetona embodies the holiness of a sacred place. Her name is often translated as She of the Sacred Grove, because it is derived from the Celtic nemeton – ‘holy place’, more precisely a sanctuary of trees, as the Celts held their ceremonies in nature.

Loucetius Mars is identified with the Roman Mars, his name being derived from the proto Indo-European root leuk – ‘shine’. The Celtic Mars is not only a god of war, but also of protection, agriculture, and probably sovereignty.

On some inscriptions Loucetius Mars is invoked alongside Victoria Nemetona. So, Nemetona may well be connected with victory. In order to reach truly a holy place, one must overcome obstacles both within and without, and a battle in either realm is not easy.