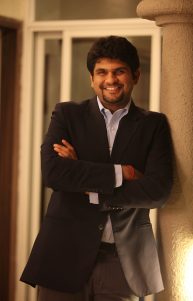 What is the primary ethical obligation of the press? Is it not to seek the truth, actual facts, and to present it as objectively as possible? Yet, the facts alone are not the whole truth. Given the facts, there is a need to apprehend context, connect the dots, discern patterns, and collate them into statements of cause and effect using the highest standards of ethics. Can we ask this of journalists and newspapers? Must we not demand from them professional ethics, diligent verification of facts, training in methodology, and an unswerving loyalty to the truth?

The Journalist’s classical role has been to inform citizens, not entertain them. Yet today the lines are blurring. The business of journalism, sensationalism and Fake News dangerously sways public opinion, and society stands the risk of being overtaken by fiction, resulting in distorted perceptions of reality.

Mindful of our own opinions and prejudices, we must cultivate the discernment that allows us to recognize Justice and Truth; we must dismiss agendas or biased points of view, and strive for objective and healthy public debate when faced with published news.

The Acropolitan Magazine met with Anant Goenka, executive director of the Indian Express Group, one of India’s most widely read and respected newspapers. It is also amongst the world’s largest digital news media groups reaching well over 148 million unique users a month in 6 languages around the world. Known for its accurate reporting and courage to call the powerful to account, it builds on an 85 year history of globally recognized investigative journalism that has shaped public discourse and national policy.

Seeking to investigate the role of newspapers and journalism and their crucial influence on society, here are excerpts from our conversation.

THE ACROPOLITAN: Journalism plays many important roles that influence society. What do you consider the most vital?

ANANT GOENKA: To monitor the powerful, to give a voice of the voiceless, to provide citizen with the information they need to make informed decisions, to understand change, but above all the pursuit of truth, no matter what the cost.

Yet, whenever we say we want to respect the truth, the question that has been argued and debated for years now is, “Whose truth?” For example, in any war you’ve got 2 truths coming at you. In the polarized world we live in, every freedom fighter is someone else’s terrorist. So, there can be conflicting truths. In practical terms, what this means is the same event would have two completely different headlines depending on the readership that the paper was targeting.

The challenge really is to find a Universal Truth. Can we look at a single incident or event objectively, from so many angles that it is printed as the same front page for so many different audiences? That would be a great role and service to society. But I’m also saying that it has not happened, and perhaps is not possible. What is possible is to sign on to a fierce, unshakable commitment to fairness and accuracy.

TA: What would be the challenge to accomplish that? The economics?

ANANT: Yes sure, the economic is one. If no one is reading the newspaper then what’s the point? And that’s the biggest problem of good and honest objective journalism. Often you end up becoming some sort of spam, or some kind of academic journal that just loses that engaged audience that you need, to make it sustainable. If I don’t engage the audience, then what really is the point of what I’m doing?

Let’s take the other extreme. Arguably, what the largest news channels are purveying today is current affairs pornography. And even though I wouldn’t be able to sleep at night if I was putting out stuff like that, it’s working, and it is great business, because fear sells, blood sells, and emotions sell. But the belief is that in a growing democracy, as young and richly diverse as ours, there will be readers, audiences, citizens, who will value the truth in all its complexity; enough to want to pay for it.

TA: Does our news then reflect our society?

ANANT: Arguably yes. But there is no one newspaper for all of society. There are several different newspapers, some more responsible, some less. Each reflects a different but very real part of society.

TA: If newspapers do not honor their role as guardians of truth then society stands to be overtaken by fantasy, fraud and fiction. How do you draw the lines between verifiable facts to encourage public discourse, and shaping community opinion?

ANANT: We are very particular about dividing the sections of the paper into fact and opinion. The Indian Express has only 2 opinion pages, and the rest of the paper is literally just reporting of facts. And actually, we are quite militant about presenting a counter opinion as well, so as to allow the reader to come to his own decision. But we expend an inordinate amount of time and effort before we express an opinion. That’s how we do it, but I’m very aware that reportage of objective facts is becoming less and less sexy as a format, because people want to feel that they are part of a larger community with whom they are in complete agreement, so newspapers and channels target their audience and hammer away.

I think this is the danger that our industry faces: we just shut ourselves off into silos and micro silos with the result that there’s no understanding of the larger picture at all. In today’s digital world you’re raising a generation of specialists, people who are fabulous in the fields of their interest. But there are almost no generalists, who have a broad, horizontal understanding of everything. It’s a very large statement to make, and I don’t know whether I can really prove it. But that’s the sense I get.

The other big concern is that you’ve got algorithmically curated news and news feeds. No matter how ‘responsibly’ the algorithm is designed to throw in the opposite point of view, you are just seeing so much content that agrees with your worldview that you are just going to skip everything else.

And this is the reality. Every time you share an article, you do so because it agrees with your view, because you like what you’ve read, because you believe it, and you want other people to believe it. So anything that goes viral, even if complete falsehood, complete rubbish, the fact is that it is going viral. I always say there is some truth in that virality.

Therefore, the challenge of good journalism is: can our story telling and investigation break through these silos and beat these algorithms?

TA: Yes, it’s extremely frustrating, to know that you’re consuming all this information, but don’t have any ability to judge whether it is true or not. And even if you’re reading it mindfully, with a grain of salt, what happens is that when you read enough of it, you already indoctrinate yourself to it. So, in this digital age of citizen-journalism, where everybody is their own editor and circulation manager, what are the citizen’s responsibilities?

ANANT: I think readers have to be very conscious about this. When they share stuff, when they read stuff, they have to make the additional effort of stepping out of the curated newsfeeds and look for other perspectives.

TA: But this is not going to happen by itself. What can the industry do to educate the public and cultivate the professionalism and integrity that journalism must provide?

ANANT: I think it is happening. There is already a deep awareness of fake news. People recognize that they can’t trust everything they read on WhatsApp. And then you have platforms like Google and Facebook investing in the idea of educating the reader about verifiable credible sources. I have been engaged with both Google and Facebook on what they call the Truth Project, to actually put a blue tick on articles to clarify them as having been verified. So if an article is put out by an anonymous user, at least the reader is made aware that there is nobody who is claiming ownership of that content and therefore it could be motivated. Closer home, there are prime-time television shows that address news items that have gone viral, but separate what is actually true, from the false.

As a parent, I also feel that maybe early in school is the place to begin; critical skills, like the introduction to accepting those you disagree with, are always first learned in the sandpit or on the playground.

I think this is a tough game, but the effort is happening. Though I do believe that it is finally your responsibility to decide what kind of journalism you want to follow.

TA: Journalism as a profession is losing its lustre to accusations of prejudice and bribery. The institution does not have a universal code of ethics like doctors and lawyers pledge to follow. How do you ensure that your reporters are adhering to the high standards we have spoken of?

ANANT: No, we don’t have an institutional oath. It really depends on each brand. But at Indian Express we have a 6-month training program and honesty, integrity and ethics are a big part of it. The intention behind our code of ethics is to find the truth, to get the facts correctly, and get all sides of a story. In bringing to account whoever needs to be brought to account, we give enough opportunity (usually 48 hours), for the person to respond. Do not sensationalise. Be fair. The idea is not to take somebody down. The idea is to put the facts out. And then it’s the government machinery, police and regulators’ job to take action on it.

We are not in the news business…we are in the journalism business. We tell others what’s wrong and ask them to believe that what we have written is fair and accurate. So we better hold  ourselves to the same standards as we hold others. That’s why we have a Corrections Editor and we take our mistakes very, very seriously.

TA: This can be a vision of what journalism can be about…

ANANT: Yes of course. The pursuit of truth, the idea that this is what you should know, and here are all the aspects about it that you should know. If you do it consistently, over a long enough period of time, our hope and prayer is that you will be recognized as the company or the brand to trust – enough to attract the audience that is seeking that. And that audience, in spite of all the fake news, will keep growing; those who want to understand all angles and appreciate the huge effort that has been invested in the depth of this pursuit. And I see this optimistically, as an opportunity. Because there are people like you, who are disillusioned, and hold news brands to a higher standard than most do. They have no option but to come to news institutions like us. And the Express’s growth in print and digital over the past 8 years is a very heartening testimony of this trend. This is what keeps us on our toes and makes us work harder, setting off a virtuous cycle. At least, that’s the hope.