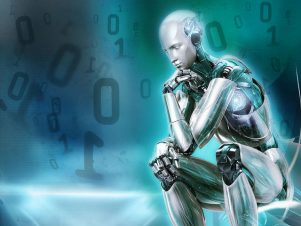 “Technology took us to the moon. It is philosophy that will bring us back to ourselves.” Jorge Angel Livraga

We live in a technological era. We are surrounded by technology and our daily life depends on it. We go as far as identifying ourselves with it and curse to high heavens when the internet is down. But has technology made us better human beings? What would we do without all our gadgets? Have they become just useful tools or distractions from the important questions of life?

We have created these gadgets and tools to serve our comfort or assert our domination over Nature and others, yet they can be used for good as well. It will depend on our moral and ethical values whether we use them for positive purposes.

The potential negative impact of our technology has been a cause for concern as far back as antiquity. But more recently, with the exponential acceleration of scientific discoveries and the terrible catastrophes that resulted, we have consciously put more effort into assessing the potential consequences of our technology. Hence the appearance of the interdisciplinary research area called Technoethics.

The myth of the two Titan brothers in Greek mythology, Epimetheus and Prometheus, relates to the early story of mankind. Prometheus was clever and resourceful while his brother Epimetheus lacked intelligence and foresight. The latter was given the task of giving attributes to the animals of the Earth, but when the time came to give some to mankind there was nothing left, forcing his brother to steal the fire from the Gods to give humanity a chance.

Even if Epimetheus’s actions started from good intentions they nearly ended in disaster, if it hadn’t been for the sacrifice of Prometheus, who was then punished by the Gods for stealing their fire. In this case fire is not just physical, it is also symbolic of the mind, intelligence and foresight.

True or not, the myth simply tells us that we have the capability for reflection and foreseeing the consequences of our actions. The same should be done regarding the technology we create.

The task of philosophy is to seek the truth and understand that we are part of a whole, which includes the technology we create and use. We should consider adopting only what is necessary and apply our intelligence and resourcefulness to build and live with durability and recyclability in mind.