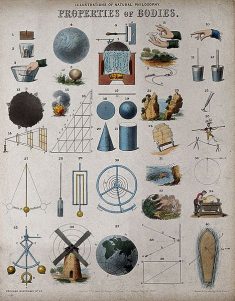 Science has been taking a more and more prominent place in our modern civilization. Since Europe emerged from the Middle Ages in the 15th century, the scientific community has had an increasingly important and powerful role in guiding the leaders of the Western world. In the course of this development, a number of different scientific movements arose, such as Empiricism and Positivism.

The first of these, Empiricism, is based on the observation of the natural world and the attempt to explain how it works, at first through words and then, as mathematics developed, through equations. As science developed, the second movement, Positivism, emerged. As the word suggests, it describes a positive and enthusiastic approach to science (although the term itself refers to the fact that only ‘positive’ proof should be accepted, therefore metaphysics and theism are irrelevant). Its guiding idea is that science is the only way for mankind to understand, and therefore control, the natural world.

Those movements became particularly strong in the late 18th century, with the beginning of the industrial revolution. With the slow decline of religions in the West and the birth of modern evolutionary theories such as Darwinism, science has been put forward as the answer to humanity’s questions and problems. This is what we can call ‘scientism’.

But does Science hold all the answers? Even if it is undeniable that science in its many forms (physics, biology, chemistry, geology…) was able to provide a portion of humanity with unprecedented levels of comfort, health, wealth, understanding and control over the environment, can we say that we are better as human beings? As we enter what scientists are calling the Anthropocene, the Age of Man, we may wonder whether we have really evolved in the past 500 years.

Science often fails to take into consideration the “human factor”. We do have some sciences, or as some scientists would say, pseudo-sciences, such as psychology, which are trying to understand the complexity of the human mind and emotions. What I call here the “human factor”, which in this case is the propensity of human beings to use the world around them for their own profit, has become a growing problem. We have seen in the past hundred years that with more technological power comes more potential destruction. And with the increase in power come increased consequences, so that more responsibility is required from humanity not to use their newly acquired power in a destructive way.

Which is why it is important for the scientific community to have some kind of guidance, a sense of morality, or some ethical guidelines, which religion used to provide up to a certain point with the notion of the sacred.

It is also important to see science for what it is, a tool or a key to understanding the world around us. But more important than the tool is the hand using it – the human being. Mankind has had many tools to help it understand the natural world and itself, such as the arts, astronomy/astrology, mathematics, or religions, to name but a few. To argue which one is the best is to miss the point. But philosophy, as an attitude of seeking wisdom, is an essential aid for helping the hand that holds the tool, in order to save us from ourselves.

Philosophy is not just an academic discipline, but should really become a guide that helps humanity use its “tools” in the most ethical way possible and hopefully, with time and experience, in a unifying, constructive, harmonious and even – why not? – in a wise way.