Terra Preta, the Black Earth upon which Civilisations were Built 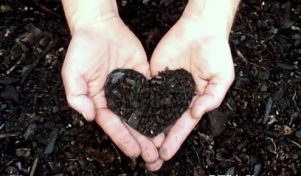 “Agriculture is the noblest of all alchemy; for it turns the earth, and even manure, into gold, conferring upon its cultivator the additional reward of health.” – Hebrew proverb

In 1542, a Spanish conquistador named Francisco de Orellana set sail along the Amazon river with a group of his fellow countrymen, looking high and low for the Kingdom of El Dorado, a mythical city of gold.
Although the Spaniards were unsuccessful in their quest for precious treasures, the name El Dorado may symbolise something far more prosperous and life-giving than gold itself, as we shall see.
Francisco chronicled his extraordinary experiences, which ended due to his involuntary departure fleeing unwelcoming indigenous peoples. His testimony told of millions of inhabitants living in civilisations and cities with a horn of plenty.

About a hundred years later, a new generation of Spanish conquistadors, lured by the tales of Francisco and his compatriots, returned to continue the explorations, but encountered nothing that resembled Francisco’s extraordinary claims – instead, they found little more than jungle. It was much later understood that a smallpox and flu epidemic contracted from previous Spaniards, against which the indigenous peoples had no immunity, had created a demographic collapse; but until this was known, Francisco’s accounts were given as much credence as a fairy-tale.

Until the last century, any inquiry or attempt to reinforce Francisco’s claims seemed like an archaeological wild goose chase. His claims were categorically denied, largely due to the absence of any conclusive evidence, as the Amazon’s poor yellow soil is not arable enough to support the Spaniard’s assertions.
Only small-scale cultivations have been known to exist in the Amazon by indigenous tribes, and any undertakings of intensive agriculture have proven futile. For extensive and progressive cultures like those described by Francisco to thrive, a sustainable agricultural system with arable soils would be essential.
However, a series of scientific discoveries in the 1960s, based on extracted soil samples in the Amazon region, became a catalyst for rediscovering a rich tillable soil named terra preta.

Terra preta is Portuguese for “black earth”, with samples found over 2,000 years old and still fertile. It’s a black topsoil that has been discovered predominantly on the higher lands. It’s now estimated that terra preta was cultivated to cater for a population of at least 20 million, covering 10% of the Amazon basin, which is roughly twice the size of the United Kingdom. Around the globe, darker soils loaded with decomposed organic matter are generally presumed to be richer than lighter ones, and records of dark soils in antiquity have been documented elsewhere. One example is Egypt, previously known as Kemet – “Black Land” – a name attributed to a fertile black soil that relied on an annual flooding of the Nile, which provided silt as a fertiliser to the surrounding land. Terra preta, on the other hand, performs to a completely different key.

The essential constituents are its microbes and biochar – a charcoal composed of organic residues and produced from a process known as pyrolysis (transformation of a substance by the action of heating). Bones, human faeces, ash, organic matter and broken pottery dating to before the Common Era were also found within compositions. This is a conclusive indication that the soil is not naturally occurring, but man-made, meaning that perhaps Francisco’s descriptions were not as embellished as once supposed.

Since the rediscovery of terra preta, innumerable benefits have been unearthed, with an increasing number of international scientists advocating its potential to ameliorate global issues such as famine, water shortages and greenhouse gases. It has the propensity to encourage fertile soils for healthy and reliable yields, the ability to process waste material into natural manure and convert desiccated areas into agricultural plots. Terra preta’s popularity is also growing as it offers a feasible alternative to costly fertilisers and significantly lowers the need for artificial methods, including toxic pesticide use and genetic technology.

Unlike the surrounding weak Amazonian soils, terra preta is less vulnerable to nutrient depletion by rain or flooding, as the porous structure of charcoal enables it to collect and store a high concentration of essential microorganisms, while simultaneously resisting any leeching. One other astonishing quality is its self-sustaining ability to mineralise and grow deeper into the soil. The regenerative properties are still puzzling to soil experts, with the cause lying somewhere in the unique microbial content, containing thousands upon thousands of bacterial species and fungi.

The science on terra preta is still young and immensely positive. If applied correctly, this re-emerging black soil could potentially play a pivotal role in avoiding many agricultural pitfalls and climate threats. However, its immeasurable potential may face fierce opposition to protect competing business interests.
Meanwhile, terra preta has been revelatory, changing the landscape of soil sciences, agricultural methods and history, and supports the hypothesis that the Amazon – “the lungs of the planet” – is not just the largest and most biodiverse rainforest on Earth, but a garden, untamed for centuries, abandoned by a fallen civilisation.