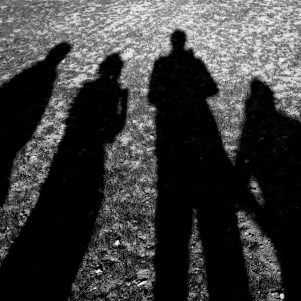 In one of Plato’s most well known works – The Republic – we find a short story known as the Myth of the Cave. Socrates asks his listeners to imagine a world under the ground where people live in chains, facing the end wall of a cave. Because they are chained they can’t move or turn around to see the objects behind their backs or the fire which projects shadows onto the wall in front of them. As the ‘prisoners’ were born in such conditions, those flickering shadows are the only things they would ever see. Over time people start recognizing different shapes in the shadows, categorizing them and developing all their knowledge of the world out of them.

Plato doesn’t say why some people manage to break their chains and turn round, beginning to see a whole new reality. But when they do so and get accustomed to the new conditions, they also start seeing a path ascending out of the cave. This speaks of yet another level of reality. The whole process is not easy at all as it requires a lot of effort and small inner transformations to be able to adapt to the new conditions and ‘move’ into a new state of being. For Plato true knowledge lies outside the cave (which symbolizes the world we perceive through our senses), where the eternal principles can be found. As the highest principle outside the cave is the sun, by analogy this is compared to the supreme Good. People who do manage to leave the cave eventually go back to help their fellow human beings to find the path and break the chains and the darkness of ignorance.

What the story is really saying is that at the beginning it is very difficult to recognize the things we think we know but in fact we don’t. Our wrong beliefs and opinions based upon the ‘shadows’ are imprisoning us. Maybe a bit of Socratic wisdom, by saying “I know that I know nothing”, would help us to look at the world with eyes of wonder, which as Socrates said is the beginning of all wisdom. And if we add some love to it we can be called philosophers.