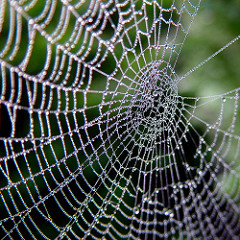 “Nature does nothing in vain.” Aristotle

Human beings have always observed, learned from and imitated nature. If we look at any process in nature we can see an engineering which has been developing for millions or billions of years. The more we understand its complexity the more we find an immense intelligence at work. One of the aspects we can observe when learning from nature is its efficiency. Nature leaves behind no waste. Waste is a sign of inefficiency. Every outcome and part of the system has a meaningful role to play.

There is a movement of a new science defined and popularized by Janine Benyus in her 1997 book Biomimicry: Innovation Inspired by Nature. The word Biomimicry comes from the Ancient Greek, bios, life, and mimesis, imitation.

Part of the movement is biomimetic architecture, which is a contemporary philosophy of architecture “that seeks solutions for sustainability in nature, not by replicating the natural forms, but by understanding the rules governing those forms.” There are three levels of biomimetic architecture: the first is when buildings mimic an organism, the second is to understand and mimic the behaviour of an organism, to know how it integrates with the environment; and the third involves the larger context when the building mimics the natural process and its cycles.

A good example in practice is the Indian city of Lavasa designed by American architects to mitigate monsoon flooding. The roofs of the buildings mimic a banyan fig leaf to discharge rain water. The surface water has been channelled through the system observed within anthills, whereby the ants divert water away from their nests.

Hopefully it seems that in the future there will be a stronger reference to follow the wisdom of nature and less division between built and natural environment.