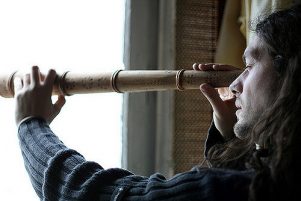 I recently read a review of the book “Eden 2.0: Climate Change and the Search for a 21st Century Myth”. The central argument of the book is that humanity needs to find – rather fast – a myth that would enable us to transcend our differences and inspire us to follow a radically new course. Dry facts and policies won’t be enough. We need to be inspired by a shared vision in order to bring about the change which is so urgently needed.

This does not only make complete sense in our current ‘post-factual’ climate where people seem to prefer a good story to facts. It also highlights the profound lack of vision of the future of both campaigners and politicians around the world.

A good example of this lack of vision is the Occupy Movement, which started in September 2011, and protested against social inequality and the lack of real democracy.  Irreconcilable disagreements between its various sub-groups and endless meetings that were going nowhere stalled the movement although it had initially spread to 951 cities in 82 countries. The experience showed that new societies do not automatically emerge when people just get together to voice their shared discontent.

Another example that revolutions alone don’t bring about a better society is the 2011 Egyptian Revolution. Facebook and Twitter brought hundreds of thousands of people to Tahrir Square to voice their discontent, which caused Mubarak to stand down as a president. But there was a total lack of vision of ‘what next’ and the Muslim Brotherhood, who did have a clear idea of what they wanted, moved in quickly to fill the vacuum. Within a year Egypt was governed by someone acting in an increasingly authoritarian way and trying to push through an Islamist agenda. As a result, millions went onto the streets and the same liberals who had started the movement for change were now asking the military to ‘save the revolution’. In July 2013, the military staged a coup d’état and Egypt ended up again with another ex-military man as president.

Social media nowadays have the power to start revolutions and to lead to the removal of dictatorial leaders. But social media are unable to tell us how to build new societies and institutions.

It will be incredibly difficult to create a shared vision that would be able to inspire the majority. We have become so ‘individualised’ that we are no longer able to subscribe to something collective. We are totally used to a ‘tailor-made’ and ‘personalised’ way of life. We wouldn’t even be able to agree on a shared vision of a great holiday, let alone a shared vision of the future. One person’s utopia would be another’s dystopia. Probably only the brutal force of sheer necessity to survive would be able to join us all together, much like the experience of the Blitz in Second World War London. But unlike the time after the Blitz in London, when people were united in their effort to re-build the nation, the future cannot be just a rebuilding of what was before. Our current systems and paradigms have reached a dead end. The future will have to be radically different, based on a completely new way of understanding society and ourselves.

It took several generations of builders to build the Gothic cathedrals. Societies and institutions are much more complex than cathedrals and to renew them will also require generations of committed people to work towards the realisation of a clear vision. Yes, we do need a vision for the 21st century, but one that includes the higher potential of human beings and their real needs and not one that is based on yet another outdated economic worldview.