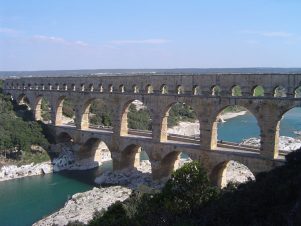 When looking at ancient archaeological features one can be mesmerised by the beauty, complexity and grandeur of some of the buildings, statues or artefacts. In most cases these structures were created at a time of prosperity when skills of a high standard and workforce were abundant.

However, in the cases of the Old kingdom of ancient Egypt (2686 to 2134 BC), the Mayans, Easter Island or the Incas, no wheels or mathematics were known or used to build the Sphinx, great pyramids or the city of Cuzco, Sacsayhuaman or Ollantaytambo. Those cultures or civilisations didn’t have any steel or measurement devices capable of millimetric precision. However, they were able to build monuments with stones weighing tens if not hundreds of tons and assembling them at impressive heights with a modern millimetric precision. On top of that a lot of the stones are made of volcanic rocks that are harder than steel. Engineers and scientists are left perplexed by how such feats were accomplished, especially with so little evidence about the methods actually used by the builders.

When you start going into the processes and means necessary to create those structures you encounter various issues, such as: where did the raw materials come from? How did they carry the thousands if not millions of tons of stones on site? How did they manage the logistics behind the extraction, transportation, cutting and assembling? They would probably put to shame some of our modern building projects.

On the subject of cutting stones, I have mentioned that a lot of them were extremely hard to work with, especially those of a volcanic nature such as granite, basalt, diorite or quartzite. These stones would be difficult to cut even with modern tools, as you would need tougher materials (diamonds, special alloys) and to apply a lot of pressure with the tool on the stone. Manual methods, using flint or copper saws are extremely slow and laborious and would not necessarily ensure precision. In his book on stone working technologies in Ancient Egypt, Denys A. Stocks shows a group of primitive copper and flint chisels and pounding balls made of diorite that would be contemporary with the great pyramids. All other tools shown are from much later periods (measurement devices) or are purely hypothetical (copper saws and drills).

One realises rather quickly that the ancient builders “loved” complexity and difficulty. From the materials to the assembly the builders chose what we could describe as the sturdiest and most lasting ways to build their monuments. The most striking proof is that they are still standing today. Their knowledge and effort were directed towards timeless and elevating structures almost if they were pushing us to put ourselves in their shoes to try and resolve their mysteries.