You may have noticed this year that a number of journalists have been making references to the 20th century political theorist Hannah Arendt, widely regarded as one of the most important political philosophers of the last century. Her first major work, entitled The Origins of Totalitarianism, is more than 500 pages long and not an [...]

A Stoic guide to our Emotions – Pt. 2: The sentiments of the sage

Despite the popular conception of the Stoics, in their writings, the ideal sage is not portrayed as a cold, apathetic person. By reflecting on the good and the bad, and on the true nature of things, the sage develops natural, rational sentiments – Hai Eupatheiai, literally, the good passions. These are: Wish, Caution and Joy. [...]

A Stoic guide to our Emotions – Pt. 1: Can we trust our feelings?

Human beings are often said to be rational creatures, but in reality we are very much emotional creatures as well. More often than not, history is a showcase of tragic actions taken by human beings overcome by their passions. And apart from these grand-scale dramas, our everyday life is full of instances where the right [...] 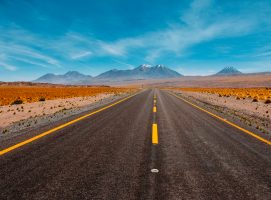