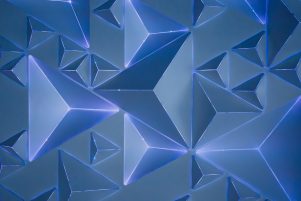 The theory of Forms or Ideas is a piece of a larger puzzle that can help us to understand how we have come from singularity to multiplicity, yet still retain a connection with the One, how this world is created and ultimately what is reality. To truly understand one piece of a puzzle we have to look at the whole picture.

In the Platonic view, the last stage in the chain of manifested reality is matter. Philosophically examining what matter is, the Platonists concluded that it is an empty receptive substance which, as such, we would not be able to see in its pure state. Our mind can only perceive something that has a form, as it works through images and needs something stable to fix itself upon. But the stability that we are seeking is truth, independent of our mind. It would be a terrible experience if everything that we see kept changing without retaining some essence. Even despite knowing that the physical form is undergoing constant change, there is still something essential that underlies it. It might seem obvious to say it, but deep below the surface there is a truth which points to the being behind the physical form, to the essence behind the appearance.

How does matter receive the form? In the enfoldment of divine goodness, the Demiurge (creator god) was assigned to create the Kosmos, an ordered universe which would express eternity in the manifested world of time. Hence Plato in the Timaeus says that time is a moving image of eternity. The creative process of the Demiurge is contemplation and what arises through the process are his ‘thoughts’ or Forms. They are the real beings existing at the lower extremity of eternal order. He directs his ‘thoughts’ or logoi so that matter receives their shapes and form the universe. According to the Orphic tradition, in order to create a manifested universe the Demiurge had to swallow Phanes, a cosmic model, a paradigm of intelligible order where all the Forms already pre-existed in a more compressed form.

As Forms are in the intellectual order they can only be accessed by intellect. This is why the Platonic Forms have such a great importance within the philosophical endeavour. To understand the nature of things and reality, the mind has to access the Forms through its most sophisticated tool, the intellectual power within the soul. Of course, if we didn’t have the images of Forms within the soul already, we wouldn’t be able to recognise them even if we tried to access them. This is why ‘seeing’ the Forms would happen only when we are ‘looking’ inside, when the soul is contemplating itself. Here it is worth emphasising that the soul possesses only the images of Forms, like a memory, and that we don’t carry the Forms themselves within us. The soul would obtain these images when being in a pristine state following the procession of Gods in the celestial sphere, as described in Plato’s Phaedrus.

How would it be to actually see the Forms themselves? The Neoplatonist philosopher Plotinus spoke of Forms being translucent, full of light, and all in all, meaning that each Form has its own essence, but they are all connected in a whole. Seeing one Form would mean seeing all. This sight would be overwhelmingly beautiful, a blissful state if we were blessed to experience it. There are other mystics, yogis and saints who would also give an account of their sudden vision and their enlightened state of being by having the divine sight, because the luminous light in the Forms comes from the divine realm.

When the Demiurge created the Kosmos, he also made souls, so that the universe would be filled with life and the goodness of the Gods would be distributed. It is also said that the Demiurge filled human souls with Eros or love, which is a convertive power, seeking to return back to its source, to the divine abode. We can find this theme repeated in many great stories: Psyche longing for Cupid, Radha for Krishna, Rumi for Shams, etc. When this fire of love awakens, its desire for beauty burns us completely, we are divinely intoxicated, and just a little touch can open the soul’s wings and take us back to the eternal realm. Such is the power of love seeking the beauty of divine effulgence, and the most beautiful of all is the intellectual paradigm, Phanes, showing forth its splendid divine light.