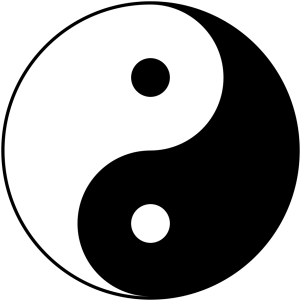 Symbols hold a powerful attraction for people. Even today, in an age in which materialistic perspectives rule human thought, many ancient symbols such as the ankh, the yin/yang, American Indian designs, pyramids, and many other symbols are quite popular in jewelry and in the home. Why do symbols of the ancient civilizations continue to be an integral part our society, even to the point that corporations use them in commercials, movies, logos, in television documentaries, etc.?

This article focuses on sacred symbols, symbols which contain and represent something metaphysical, and mentions some of the reasons that symbols hold so much fascination.

Symbology, the study of symbols, sounds like a very complicated subject, but interestingly enough, you already have some knowledge about it, and maybe a little intuition, because, as alluded to above, you are surrounded by, use and wear symbols every day.

The word symbol means something which contains something else. A symbol transmits something, a symbol reflects something, and it has been said that the best type of symbol is the symbol which transmits most purely that which it is reflecting and keeps almost nothing for itself

There is a very interesting idea that is fundamental to understanding symbolism, symbology or symbols themselves, and that is that everything that you see in the material world has a counterpart in the invisible world. This is not a new theory. This concept was present in all the ancient civilizations.

The Western philosopher who most explicitly described this and laid this out was the great philosopher Plato. Plato lived in Ancient Greece in the 4th and 5th centuries B.C.E. One of the landmark moments in Western Civilization is the infamous and unfortunate death of Socrates in 399 B.C.E. Socrates was Platos master, and after Socrates execution Plato promised to dedicate himself to expanding the philosophy that Socrates taught.

Plato spoke of something called “Archetypes”. The concept of the archetypes is also sometimes called “forms”, which is a poor translation of the Greek, or “Ideas”, a much better translation. And this concept says that the “archetypes” or “ideas” are beyond the material world that we see, touch, smell, taste and hear. Anything around you on this earth is the reflection of the “idea” of that thing.

This concept of an idea incarnated is the basis for the understanding of what a symbol is. A symbol is “metaphysical.” It goes beyond the physical realm.

One of the first things that you have to do if you want to understand symbols, is you have to get out this world even if only a little. You have to ascend a little, just like if you want to see what surrounds you, you climb a tree or a pyramid or a mountain so you can see further.

If you are stuck in your own cultural perspective, in other words, if the only perspective you are able to perceive is your own, which was shaped by the society, the culture, the religion or politics in which you were raised, then everything is always going to look foreign. You are not going to be able to see symbols or understand symbols, you are just going to see foreign looking things. So one of the first things we have to do is to try to understand sincerely and that requires us to go a little higher, and take a little bit higher perspective, a little more subtle understanding, a little more in-depth understanding.

In order to get a little better glimpse of this lost science known as symbology, lets take as an example a symbol which is quite popular these days: the Ankh. By any chance, are you wearing one right now? It looks like a circle or an oval sitting on top of a capital “T”. Why is the Ankh a perennial favorite in jewelry, etc.? It is interesting is that the Ankh, which hasnt had a living religion associated with it for a couple of thousand years, is so popular today.

The ankh is from Ancient Egypt. In the temples of the Ancient Egyptians, it is found in the hands of the Gods. It signifies Eternal Life. It is called the Key of Life, and is the key to the Mysteries of Nature. It is used to open doors between the visible and the invisible worlds. As it regards the individual human being, this refers to the difference between physical existence and spiritual existence.

The ancients believed that everything has a soul. Plants, animals, even stars have souls, very great souls. The soul of a chicken is obviously not the same as the soul of a human (although the behavior of some humans these days does make you wonder sometimes).

According to the Ancient Egyptians, the purpose of life is Spiritual Evolution. Incarnation is a learning process, a big classroom. The ankh represents the opening of the door between physical life and spiritual life. However, entering that world requires purification and education: purification to get rid of false attitudes and misunderstandings that prevent us from realizing our full potential, and education to bring out the virtues and gifts that are latent. Thus you are a symbol, you are a symbol of your own Spirit.

Finally, we can analyze the composition of the ankh, although we will probably miss something important, just like a chemical analysis of the human body wouldnt tell us much about the person which inhabits it. The ankh is a combination of two symbols, a circle, and a the T or Tau cross. The circle represents perfection, the spiritual world or Eternity.

To study the language of the symbols is to learn about Nature, to learn about the laws which rule the Universe. The ankh is one of many, many symbols which were meant to instruct and to assist the spiritual evolution of the human being, or to record some historical lesson for educational purposes. In addition to these, there are unique symbols and emblems which represent schools of thought or religions. The hieroglyphs and ideograms of all ancient civilizations are also symbols.

Nature is also full of symbols. A flower, the geometric patterns in the veins of a leaf, the markings on an animal or insect, the constellations in the nighttime sky; all these are symbols. How about your dreams, your aspirations and the work you do throughout a lifetime, might not these also be symbols? They are. We live in a world of symbols.

Can sacred symbols help us? Yes, they can remind us of our invisible part. They can remind us that we have an immortal soul. And in many cases, if they are rendered beautifully, they can inspire us. But wisdom is far more powerful than any symbol or amulet. Wisdom is the real ankh, the key to the invisible dimensions, the key that unlocks so many doors.

The best way to learn the secrets of the symbols is to follow that ancient Greek recommendation, “Know Thyself” which is equivalent to learning the secret behind one of the greatest symbols of all: the Human Being, Symbol of the Immortal Soul and Symbol of the Universe.